New Delhi: India on Friday strongly condemned the “cowardly” suicide terror attack at a cultural centre in Kabul, and said it is committed to extending all possible support to Afghanistan in its fight against terrorism.

41 people were killed in the terror strike at the Shiite cultural centre near a media outlet in the Afghanistan capital on Thursday.

The Ministry of External Affairs (MEA) said in a statement that India backs all efforts to bring stability and security to Afghanistan and remains steadfast in its
solidarity with the government and the people of Afghanistan at this difficult time. 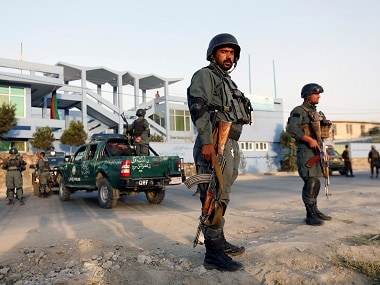 India strongly condemned the "cowardly suicide terror attack" at a media news agency and the cultural centre in which more than 40 innocent lives were lost and many injured, it said.

“India is committed to extend all possible support in their fight against the menace of terrorism and efforts to bring peace, stability and security in the country,” it added.

The ministry also extended condolences to the families of the victims of the dastardly attack.

There was no immediate claim of responsibility for the attack, which came days after a suicide bomber killed six civilians in an assault near an Afghan intelligence agency compound in the city.

In November an attack on Afghan broadcaster Shamshad TV in Kabul, claimed by the Islamic State group, left at least one person dead and two dozen others wounded.

Security in Kabul has been ramped up since 31 May when a massive truck bomb ripped through the diplomatic quarter, killing some 150 people and wounding around 400 others - mostly civilians.

Islamic State has expanded its presence in Afghanistan since it first appeared in the region in 2015.

It has scaled up its attacks in Kabul, including on security installations and the country's Shiite minority.