This is a good day for Justice Katju. Of all the morningers we see in Mumbai, only the two ‘city-focused’ papers, Mumbai Mirror and DNA, give play to Oprah Winfrey’s visit to Mumbai. Mumbai Mirror reports that Oprah’s party at Parameshar Godrej’s house was thrice interrupted by uninvited guests – the police, thanks to complaints about loud music made by a neighbour, an MLA. A fine of Rs 5,000 was paid on each occasion.

Other newspapers stayed away from such unimportant stories, Justice Katju, choosing to highlight other issues of national importance. The stand-off between the government and General VK Singh continued to simmer, and things seem to have taken a turn for the worse with the government deciding to battle it out in the courts. All the papers have similar stories; if you read one of them, you’ve read them all. Weightage to the story is also more or less the same, in terms of where the story is placed and in the length of the story. 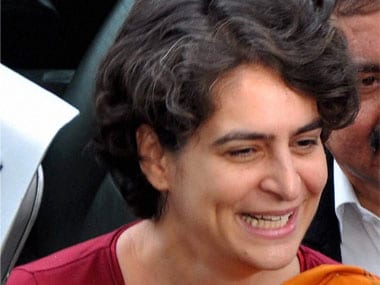 It’s in the next most popular story that one sees some shaded differences. The Times of India has a small piece on the Salman Rushdie – Jaipur Literary Festival issue, focusing, on the front page, on a meeting between Rajasthan CM Ashok Gehlot and home minister P Chidambaram. In the inside pages, there are three stories on Rushdie. One collates a number of views expressed on social media – most of them contemptuous and angry with the government’s handling of the issue. A second attempts to – but not succeed in – clearing the confusion on whether or not Rushdie will attend the issue. A third quotes a few authors’ views on the debate – all of them supportive of Rushdie. The Indian Express has very limited coverage of the Rushdie episode, with a story saying that his visit was ‘uncertain’. The Hindustan Times is equivocal in asserting that Rushdie would, indeed be attending – but it’s only the headline that is confident. The article itself does not demonstrate the same confidence – and there is no statement from the organizers, the government or from Rushdie himself – and there’s nothing in the article which is different from the contents in Times of India. So where did the Hindustan Times headline come from? One wonders.

Another news item that finds favour with editors is Ajit Singh’s backing of the proposed 49 percent cap in foreign airlines investing in Indian carriers. The Times of India adds value to the story, speculating on the possibility that the investors would be Gulf-based airlines, Singapore Airlines and British Airways.

Finally, we come to the flavour of the day, Priyanka Gandhi, who says that she would campaign anywhere in UP if requested by her brother Rahul. Lovely quotes in all the articles. “I will do anything for my brother.” “I will do whatever he requires me to do.” The Times of India has an inside page story which is headlined with a quote. “Priyanka is more assertive, confident’, the headline says, and, when one reads the headline, one would presume that this statement is made by someone of standing and credibility to justify it making the headline. It’s only when one reads the article that one learns that it means nothing – “those who met Priyanka during her day-long visit to Amethi on Monday did claim to have noticed ‘a certain assertiveness and confidence which was missing earlier”. Huh? And this quote makes it to the headline?