Supporting senior counsel Dave, the bar association by a unanimous resolution asked the BCI a regulatory body of the lawyers to withdraw its show-cause notice "in the larger public interest and administration of justice".

Unanimously supporting the views expressed by senior advocate Dave on the resignation of Justice Jayant Patel during a discussion on a news channel, the GHCBA said whatever the senior lawyer said was protected by the constitutional guarantee of freedom of speech and expression. 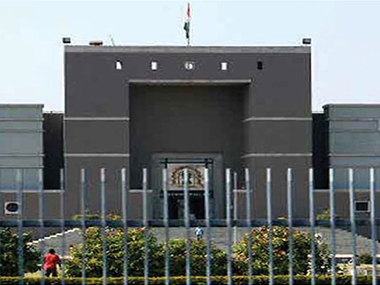 "The freedom of speech and expression is a fundamental right under Article 19(1)(a) of the Constitution of India, which is subject to the restrictions provided in 19(2), that too only by a law made by the state," the high court bar association said citing constitutional provisions.

The bar association in its resolution said "certain statements made by Dave in the programme are duly protected under Article 19(1)(a) of the Constitution of India unless the court concerned takes it as contempt of court.

"If such statements are viewed by an statutory authority other than the superior court to be scandalous or contumacious, it has no power or jurisdiction to take action. Moreover, now in contempt proceedings truth is also allowed as a valid defence."

The GHCBA further said "in view of the above stated position of law, it would be improper for the Bar Council to initiate action against any advocate for his lawful exercise of the fundamental right. We, therefore, earnestly request the BCI to withdraw the notice issued to Dave, senior advocate, in the larger public interest and administration of justice."

During discussion on a TV show "Left, Right and Centre" on NDTV, senior counsel Dave had criticised Justice Patel's transfer to Allahabad High Court which led to his resignation and the functioning of the collegium system that controls the judicial appointments and transfers.

In the wake of Dave's criticism of chief justice Dipak Misra, the bar council on Thursday issued him a show-cause notice and asked him to file his reply within four weeks.

Stating that the bar council may not agree with the decision of collegium with regard to Justice Jayant Patel and it may join hands with GHCAA in the legal proceedings, still it took exception to the statement made by Dave on the CJI.

It said the "personal attack smacks of some personal vendetta against the chief justice of India which amounts to gross misconduct".