Jammu and Kashmir youth jobless and hopeless accuse administration of betrayal after govt scraps recruitment for 1,450 posts in J&K Bank

The Jammu and Kashmir Administrative council (JKAC) on Thursday scrapped the recruitment process of 250 probationary officers (PO) and 1,200 banking associates in the J&K Bank citing 'legal infirmities' in the ongoing examination process.

The recruitment process which had started in 2018 will be conducted afresh in three months through IBPS, Principal Secretary Planning, Development and Monitoring, Rohit Kansal said on Thursday.

The decision, taken by the Administrative Council headed by Lieutenant Governor GC Murmu, is going to affect almost 1.5 lakh candidates from the Union Territory of Jammu and Kashmir, who had appeared in the exams for the 1,450 vacancies. 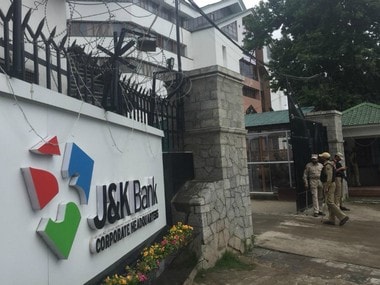 In October 2018, the J&K Bank had advertised for 250 vacancies of POs as per a three-phase recruitment process, which included an initial preliminary examination, followed by the mains, and finally the interview round.

The examination for both Bank associate (BA) and probationary officer (PO) posts started in April 2019. The results for the PO prelims were declared in May, while the Mains exams were held in June 2019. The applicants had now been prearing for interviews, which they claim was going to take place now.

Some of them had left their jobs while other had to leave the Valley because of the internet shutdown from last six months to prepare for their interviews. Having waited for almost a year and a half, the applicants are now frustrated and feeling betrayed by the administration.

The author spoke with some of the candidates who appeared for exams for the PO post. They say that the SAC's decision is like breaking their backbones.

Mian Tufail, 28, is one of the candidates who had appeared for the exams. "There is a huge competition, so accordingly, I had put my sweat and blood so that I would finally get a job,” he said.

Tufail confined himself to his room for four months in order to prepare for the exam after seeing that large number of candidates were preparing for the exam.

However, there were certain issues in the recruitment from the beginning, the candidates said.

Candidates claim that new chairman and managing director of the Jammu and Kashmir Bank RK Chibber had assured them that they will announce the call for interview soon. But instead, the entire recruitment process has been scrapped leaving the students devastated.

Many candidates from Kashmir who were working in different cities of India left their jobs to appear in these exams so that they will have an opportunity to work in their own state. One such candidate is Sheik Abid from Nagbal Ganderbal, a place in north Kashmir, who is now counting the days he wasted on this.

Abid was working as a computer operator in New Delhi from last two years. He left the job to take coaching classes in Srinagar in order to appear for the exam. He has already spent almost Rs 15,000 on it. Abid is dazed after finding out that Rohit Kansal announced the cancellation of the recruitment process at a press conference on Friday.

“I am bleak and restless. I don’t know how I should react,” sighed Abid, who like the rest of the candidates was waiting for the results.

He said the administration has played with their lives when unemployment is already high in the Valley. “There is no private sector and hundreds are sitting in their homes with PG and PhD degrees,” he said.

Abid recently completed his B-tech degree and had appeared for the bank exam hoping for a better job, but the government's decision has dashed his hopes now.

Another candidate, Zeenat Ali (name changed to protect identity), 28, from Downtown Srinagar couldn’t grasp the decision and cried for hours before sharing it with her family that the examination she had worked for so hard has been scrapped suddenly.

"I waited for more than a year and put my all energy to qualify the exam. How do I start from zero again?” she said furiously.

Zeenat left her M-Tech course when she qualified for the Bank PO post. Her family, she said, was finally happy after they came to know that their daughter will finally get a job and will be married after that. "But whatever happened today was unexpected. Didn’t they think about how much effort we put into it?” she asked.

Not fit to sit for another exam, says student

The Jammu and Kashmir Administration on Friday said that the exams for the PO and banking associates posts will be held afresh. However, Zeenat said that many are not in the position to start the preparations again and the decision could push candidates like her into depression.

“Forget about preparing for it again, I cannot sit in the examination hall again. This will haunt my soul. How could I again read the same thing. I don’t know whether I could qualify this time,” she said.

Besides, candidates would also require to download lectures from Youtube and read about the latest affairs on internet. They are worried about how to study again when there is a blanket ban on internet in Kashmir.

"Our lives are dependent on their decision, they don’t care what their decision could lead us into," Zeenat said, adding, “they should answer us before scrapping the exams."

The candidates claim that a smooth online recruitment was conducted in Jammu and Kashmir by the authorities under the aegis of IBPS and TCS, but now they are confused as to what had happened.

When the author contacted the PRO of Jammu and Kashmir Bank's chairman, he was asked to email the queries. The bank PRO has not yet responded to the email.