Pathankot Attack: Jaish chief was in touch with 6 terrorists who stormed air base, India-Pak talks in limbo

Maulana Masood Azhar, chief of the Pakistan based terror outfit Jaish-e-Mohammed was in constant touch with the six terrorists who stormed an Indian Air Force base in Pathankot in the early hours of 1 January and killed seven Indian soldiers.

Prime Minister Narendra Modi told his cabinet colleagues that bilateral talks would not resume until Islamabad took action against the terror group and he had made this clear during a phone call with Sharif, reports The Hindustan Times.

“Action is a must. We are going to be very strict about it,” Modi reportedly said at the meeting.

Former National Security Advisor Shivshankar Menon says "if six terrorists can stop you from discussing serious business with your biggest neighbour, for me, that’s not a good signal to send." 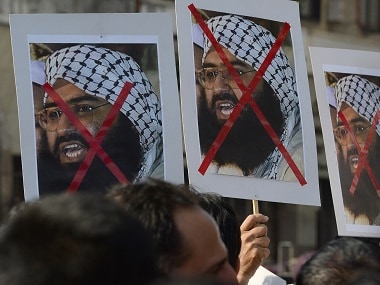 India has shared the telephone numbers and the identity of the handlers with Pakistan and has asked it to act on these individuals, senior government officials have reportedly said.

While Azhar oversaw the operations, his brother Asghar and two others were in touch with the terrorists.

India has also given the details of two types of Pakistan-made drugs — Neuro Bedoxine and Dicloran — found on the bodies, as evidence.

A senior official said the government also decided to constitute a high-level committee to study the gaps in security along the Pakistan border, especially on the Punjab frontier. It is through a riverine stretch in the Bamiyal sector of Gurdaspur district that the terrorists involved in the Pathankot attack as well as the July 27 attack on the Dinanagar police station are believed to have sneaked into Indian territory.

Experts of the Indian Institute of Technology-Roorkee have been tasked with finding solutions to detect intrusions from a riverine route.

Gurdaspur Superintendent of Police Salwinder Singh, who is under a cloud for his account of the events that led to the “snatching” of his Mahindra XUV in which the terrorists reached Pathankot airbase, has said that the terrorists were also speaking in Kashmiri, reports The Indian Express.

Salwinder Singh's statement to the police is part of the First Information Report registered at Narot Jaimal Singh police station. Singh has said the terrorists dressed in army fatigues were “talking in Punjabi, Hindi, Urdu and Kashmiri”.

Pakistan Prime Minister Nawaz Sharif on Thursday chaired a high-level meeting and discussed the Pathankot terror attack as he directed officials to speed up work on the leads given by India, sources said.

A source privy to the details said that the meeting discussed the Pathankot attack and the information shared so far by India.
“The meeting decided to speed up work on the leads given by India,” he said on anonymity.
Another official said that the information provided by India was not enough as it was just limited to telephone numbers and Pakistan might ask for additional information.

“We would like to have solid information to build a case for action otherwise courts intervene and the suspects are bailed out,” he said.
He added the meeting agreed that strong action would be taken after probe against anyone found guilty of involvement in the attack.
The meeting came as India said it is waiting for “prompt and decisive action” as promised by Sharif to Prime Minister Narendra Modi during a telephone call on Tuesday.

India has provided “specific and actionable information in this regard” to Pakistan.

He made the remarks while presiding over the Corps Commander Conference held at General Headquarters, a statement issued by the Inter Services Public Relations (ISPR) said.

In a pre-dawn attack on January 2, a group of heavily- armed Pakistani terrorists, suspected to be belonging to Jaish-e-Mohammed outfit, struck at the Air Force base in Punjab.

Who is Maulana Masood Azhar?

Maulana Masood Azhar was the general secretary of another terror group Harkat-ul-Ansar (HuA) in 1994 and was on a 'mission' in Jammu and Kashmir when he was arrested on 11 February the same year. When he was released, the HuA had been included in the US list of Foreign Terrorist Organisations which had compelled the outfit to rename itself as the Harkat-ul-Mujahideen (HuM). The Indian Express explains the re-emergence of JeM after years of staying low key.

However, Masood Azhar decided to float the new outfit JeM rather than rejoin his old outfit. He was also reported to have received assistance in setting up the JeM from Pakistan’s Inter-Services Intelligence (ISI), the then Taliban regime in Afghanistan, Osama bin Laden and several Sunni sectarian outfits of Pakistan.

JeM, like other terrorist outfits in J&K, claims to using violence to force a withdrawal of Indian security forces from the state. The outfit claims that each of its offices in Pakistan would serve as schools of jihad. In its fight against India, he boasted that the outfit would not only "liberate" Kashmir, but also would take control of the Babri Masjid in Ayodhya, Amritsar and Delhi.

Masood Azhar, the amir (chief) of the outfit was arrested by Pakistani security forces on December 29, 2001, after pressure from India and other foreign countries following the December 13, 2001 attack on India’s Parliament. However, a three-member Review Board of Lahore High Court ordered on December 14, 2002, that Azhar be released.