Jammu: One person was killed and three injured as terrorists attacked civilians early this morning in Jammu and Kashmir. According to reports, terrorists in Army uniform arrived at the Dayalachak area in Kathua and opened fire at the people. NDTV reports: 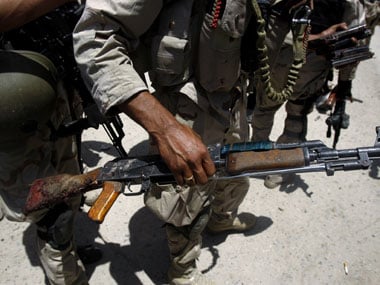 Four militants in combat uniform stopped a white Bolero a little after 5 am and fired indiscriminately at the passengers sitting inside. They later hijacked the Bolero and fled the spot.

Since the site of the attack is very close to the international border, police and security forces suspect that the assailants are infiltrators who crossed the border recently.

PTI reports that firing has broken out at Kalibari-Janglote area in Kathua district as army intercepted attackers near a private college.