Like most international news-magazines, Time magazine, too, has different covers/content for different editions, based, one presumes, on the interests of their audiences in these markets.

Last weekend, the July 16 issue of Time hit the stands – with three different stories gracing their four international editions. In the run up to the presidential elections in the US in November, The US Supreme Court ruling on the Affordable Care Act, authored by Chief Justice John Roberts, was the chosen one, with John Roberts on the cover of the US edition. The EMEA (Europe, Middle East and Africa) and South Pacific editions had German Chancellor Angela Merkel on the cover. 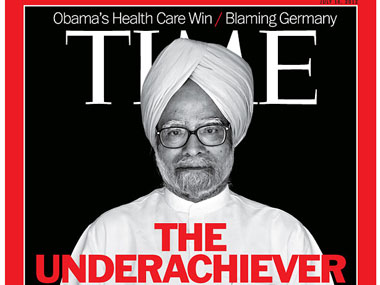 Is putting Manmohan Singh on the cover a marketing gimmick? Screen-grab from Time's site.

After reading the cover story in the Asia edition, Firstpost’s Venky Vembu has written this morning, “The most striking aspect of Time magazine’s cover story on Manmohan Singh, which brands him an “underachiever”, is that other than that harsh tag, there’s little that is new in it.”

If there is little new, why did the editors choose to put the Manmohan Singh story on the cover when they had so much more to choose from?

As with many magazines, the bulk of Time’s circulation numbers comes from subscriptions – which, by implication, means that provocative or unusual covers do not result in significant spikes or drops in circulation. However, yields from circulation are low, designed to lock in numbers to make the offering attractive to advertisers. News-stand sales have significantly higher yields, as they sell on the cover price, with no discounting.

To understand the difference in yields, the discounts on cover price for India subscribers can be as high as 57% -- and a free gift. The newsstand price is Rs. 110, with the average subscription price at Rs. 46. The distribution costs on newsstand sales could be a maximum of 60% -- so the yield from each copy of Time sold through newsstands would be at least Rs. 44. In the case of subscriptions, the cost per copy for administration, delivery, and so on, could be as high as Rs. 20 per copy. Given these numbers, the yields from newsstand sales would be at least Rs. 18 per copy more than the yields from subscription sales.

If the subscription revenue is the bread and butter, the newsstand sales are the desperately needed jam.

With the differences in yields, circulation and marketing heads would always prefer more newsstand sales – but these are not predictable. Eye-catching covers and provocative headlines will certainly spur sales – and that’s what Time magazine seems to have done with the Manmohan cover.

The problem is, as Venky says, there’s nothing new in the story. While the cash registers may ring, to the mug who bought the copy from his favourite bookshop, the magazine is a let down. He’s going to think twice before he picks up the next issue.

It’s a gain tactically, albeit for a week, but it’s damaging to the brand.