Gorakhpur: Inmates of an old age shelter home run by 'Ma Vindhyavasini Mahila Prasikshan Evam Samaj Seva Sansthan' were taken to the BRD Medical college here for a health check-up as they seemed to be in a feeble state of mind. 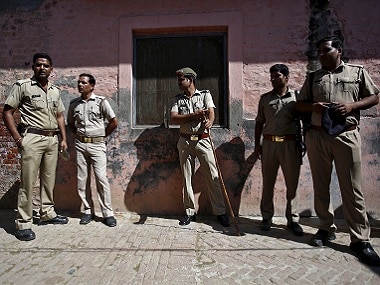 The organisation has come under scanner after girls were rescued from a shelter home run by it in Deoria following allegations of sexual exploitation of inmates. After the old age home at Rajla in Deoria district was sealed by the administration, the inmates were sent to a shelter home at (Samaj Kalyan Vriddha Ashram) in Kushinagar.

When contacted, principal of the medical college Ganesh Kumar said, "Old age is not a disease and the doctors may have found them fit during tests, so they have not admitted them." Twenty-four girls were rescued from a shelter home in Deoria on 6 August after allegation of sexual exploitation of the inmates came to light.

On On 7 August the Uttar Pradesh government recommended a CBI inquiry into the case hours after a girl missing from there was found at an old age home run by the same NGO in Gorakhpur. When the police raided the Deoria shelter on Sunday night, a rescued inmate had told them that some girls from there used to be taken to Gorakhpur, and then brought back the next day. All the three shelter homes run by the NGO have been sealed.