Jaipur: A newborn girl who was critically injured when a fire broke out in the neonatal care unit of a hospital in Rajasthan's Alwar on Tuesday has succumbed to injuries, an official said on Wednesday. 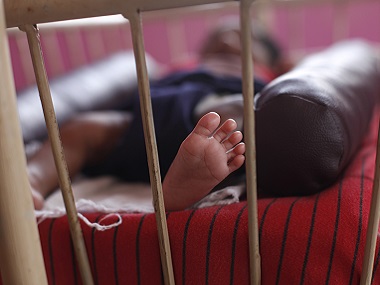 The baby girl was admitted with 70 percent burn injuries at a Jaipur hospital and was on ventilator support. There were 15 infants admitted to the neonatal care unit of the Geetanand hospital in Alwar when the fire broke out in an oxygen pipeline connected to a radiant warmer around 5 am on Tuesday.

The girl, who was being treated for pneumonia, had burn injuries on her face, chest and shoulder, while others were shifted to other units, an official had said. "The girl has died today," JK Lon hospital superintendent Ashok Gupta said.

Meanwhile, a three-member committee, headed by the health department's joint director, found negligence on part of the unit incharge and nursing incharge of the hospital. "Sparking occurred in the panel of radiant warmer due to high voltage. It led to fire in the hood of oxygen pipe," Alwar Chief Medical and Health Officer OP Meena said. "The panel was not properly maintained and the unit incharge and nursing incharge are responsible for that."