India is commemorating the 47th Navy Day on Tuesday. Like elsewhere in the world, Navy Day in India too is celebrated with much fanfare and gusto. The enthralling performances of navy men during the annual Beating Retreat and Tattoo ceremony at the Gateway of India is now synonymous with Navy Day. Nonetheless, the significance of 4 December is unparalleled in independent India’s military history. 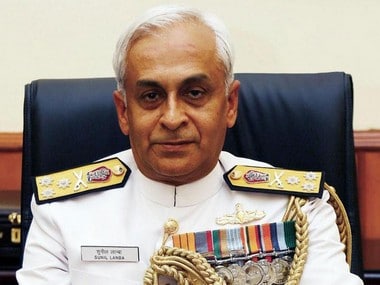 It was on this day in 1971 that Indian Navy left its shores for the very first time to successfully attack Pakistan. Operation Trident, the codename for the naval attack on Karachi, is considered one of the most successful operations in the post-World War II era.

It all began when Pakistan launched pre-emptive airstrikes against India’s air bases on 3 December 1971. However, Pakistan failed to neutralise India’s air force, leading to India’s entry into the Bangladesh War.

As Indian Air Force began bombing Pakistani bases, the Western Naval Command decided to attack Karachi – Pakistan’s economic hub and the headquarters of its navy. To incur minimal losses but inflict maximum damage on ships, it was decided that the Indian fleet will attack the harbour at night. This decision also stemmed from information that Pakistani aircrafts lacked night bombing capabilities.

A fleet, consisting of three Vidyut class missile boats – led by Commander BB Yadav, two Arnala class anti-submarine corvettes and a fleet tanker, left for Karachi on 4 December 1971.  According to a report, the missile boats were armed with four SS-N-2B Styx surface-to-surface missiles with a range of 40 nautical miles (about 75 kilometres).

The fleet reached 250 nautical miles south of Karachi and stayed out of Pakistani radars for the entire day. According to Vice Admiral GM Hiranandani’s book Transition to Triumph, PNS Khaibar was hit by the first missile at around 10.40 PM. After the second strike, the formidable destroyer sank. At 11.20 pm, PNS Muhafiz, was hit by another missile. The minesweeper sank after a massive fire engulfed it.

In all, three ships sank while one was badly damaged – PNS Shah Jahan. Nearly 300 Pakistan Navy men died as a result of the missile strikes.

“At about 1 am on 5 December, I sent the message 'Angar' to the Commander-in-Chief signifying the completion of Operation Trident,” Commodore Gopal Rao recollected in his 1990 article in the Indian Defence Review.

After the success of Operation Trident, the navy launched Operation Python on the night of 8/9 December. Both operations, along with the successful naval blockade of East Pakistan, jeopardised Pakistan’s war efforts. Pakistan unconditionally surrendered on 16 December 1971.

For former chief of naval staff Admiral SM Nanda, the heroics of 4 December, 1971 meant that the side-lined Navy could finally gain its rightful place in India’s security matrix. “India’s naval power had remained neglected as our political leaders envisioned threat only from across our Western land border,” a 2015 Indian Defence Review article noted while commenting on navy’s minimal role until 1971 war.

A 2004 Tribune review of the memoir The Man Who Bombed Karachi captured Nanda’s thoughts, “A misperception had gained ground (in the 50s and 60s) among the political and military planners that the Navy had only a marginal role to play in the armed conflicts India was forced into.”

In the aftermath of the war, as Hiranandani noted in his book, the government finally realised the effectiveness of sea power. The navy, as the book stated, also rose in the eyes of Western and Russian navies for its “professionalism and innovativeness”. A cumulative effect was that India’s Navy managed to become the seventh largest in the world.

The Indian Navy of the 21st century is emerging as a formidable force likely to influence the Indian Ocean Region. This is in tune with a CIA report, which pointed out India’s desire to maintain its dominance in the region.

In line with India’s huge global ambitions, the Navy is expanding and modernising – albeit bureaucratic hiccups remain.

Speaking on the eve of Navy Day, Admiral Sunil Lanba said, "Navy is looking at inducting 56 warships and submarines to enhance its strength. This is apart from 32 warships under construction.”

Among Indian Navy’s latest vessels are the Kalvari-class diesel-electric attack submarines. According to one report, INS Khanderi will be delivered to the Navy by the end of 2018. INS Kalvari, the lead submarine of the Kalvari-class, is already in service. Another submarine from the same class is expected to be commissioned sometime next year.

However, with just 14 conventional — some considered obsolete — submarines, India lags behind in the geopolitical race. On the other hand, China, its main rival in the region, already controls about 60 conventional submarines.

Another recent addition to Indian Navy’s firepower is the destroyer INS Chennai. Capable of being fitted with Brahmos as well as Barak 8 missiles, INS Chennai is the last of the three modern Kolkata-class vessels to be commissioned.

There is one common factor that binds INS Arihant, INS Kalvari, INS Chennai and the soon-to-be-commissioned INS Vikrant, India’s second aircraft carrier – all are indigenous.

In a bid to turn into a “Builder’s Navy”, the Indian Navy has focused on promoting indigenisation across various verticals. The navy's ambitious indigenisation plan ranges from producing the smallest spare part of a machine to building warships. Conveniently, indigenisation is now integrated with the Make in India programme. But we need to wait until 2030 to get a clearer picture of indigenisation in the navy.