Guwahati: An electronics and communication engineering student of IIT Guwahati, hailing from Haryana, was found dead behind his three-storeyed hostel building on Sunday, police said. 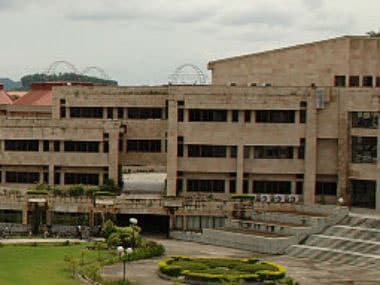 Police investigators say that the student committed suicide on Saturday night by jumping from the building rooftop.

Police also found a note addressed to his parents which says he was suffering from depression for the past two months.

"In the suicide note, the student has apologised to his parents," police said, adding they are waiting for the fingerprints report.

The student was a resident of Gurgaon in Haryana.

His father, Narender Singh, rushed here after getting information. Post-mortem examination of the body was conducted at the Gauhati Medical College and Hospital.

This is the second such incident in the IIT-G this year. Shoaib Ahmed, a second semester M.Sc. student from West Bengal, had hanged himself from the ceiling fan of his hostel room in March.