In a brief statement, Air Vice-Marshal RGK Kapoor said at Attari-Wagah border, "IAF wing commander Abhinandan Varthaman has just been handed over to us. As per the standard operating procedures, he will now be taken for a detailed medical checkup because he had to eject from an aircraft. IAF is happy to have him back."

Quoting sources, ANI earlier reported that Pakistan has changed the timing of handover of Wing Commander Abhinandan Varthaman twice. Indian defence minister is keeping a close watch on proceedings and the handover might now take place at 9 pm, it reported. According to CNN-News18, an issue with the documents is delaying Varthaman's exit to Attari.

Wing Commander Abhinandan Vathamanhas been officially handed over to the Indian authorities at the Wagah-Attari border. CNN-News18 reported that in the next 30 minutes, he is likely to complete formalities on the Indian side.

The Border Security Force has asked the Punjab Police to make the border ceremony as low key an affair as possible. Following this, the police has removed the crowd from the area and the Beating Retreat ceremony has been closed for the public for today. CNN-News18 reported that this has been done to ensure that the repatriation process of the IAF pilot does not turn into a public spectacle.

IAF pilot Wing Commander Abhinandan Varthaman, who was handed over to Indian High Commission in Islamabad, has left for Lahore. From there he will be brought to the Attari-Wagah border checkpost, from where an IAF team will airlift him to Delhi.

External Affairs Minister Sushma Swaraj spoke about the menace of terrorism, however, she stopped short of naming Pakistan. "Terrorism is destroying lives,destabilizing regions and putting the world at great peril. Terror reach is growing and the toll it is taking is increasing," Swaraj said at OIC event.

IAF pilot Abhinandan Varthaman has been handed over to Indian High Commission in Pakistan, from where he will be brought to the Attari-Wagah border. He is expected to cross over between 3 to 4 pm, Hindustan Times reported.

Latest reports suggest that the IAF Wing Commander Abhinandan Varthaman has left for Lahore from Islamabad. He is expected to reach the Attari-Wagah border around 2 pm.

Scores of people assembled at the Attari Joint Check Post with Indian flags on Friday to receive IAF pilot Abhinandan Varthaman who is likely to be released by Pakistani authorities later in the day. People started arriving in Attari since 6 am.

Pakistan Foreign Minister Shah Mehmood Qureshi will attend the Organisation of Islamic Cooperation (OIC) meeting. Earlier he had said that he would boycott the meeting if Swaraj participates.

All arrangements for IAF pilot Wing Commander Abhinandan's release, who was captured by Pakistan on Wednesday, have been finalised, Pakistan government sources have told the state media. He will be accompanied by the Indian air attache to Pakistan, media reported.

Wing Commander Abhinandan Varthaman raised patriotic slogans, fired in the air and stuffed his mouth with documents when he landed on Pakistani soil after ejecting from his fighter jet, says the headman of a village on the other side of the border. He was attacked by locals who pelted him with stones and even shot him in the leg, the eyewitness revealed.

Reports have claimed that Indian Air Force pilot Abhinandan Varthaman will cross over to the Indian side around 12 noon at Wagah border. A delegation of IAF team will be there to receive him.

Sources said he was currently in Rawalpindi, from where he would be brought to Lahore, and would be handed over to India at Attari-Wagah border.

Recounting the dramatic events leading to his capture, Mohammad Razzaq Chaudhry, the chief of Horran village in Pakistan, told the BBC. Varthaman's first question on landing was whether he was in India, and the villagers tricked him with an affirmative response, leading the pilot to raise patriotic slogans about India.
However, he was in for a shock as the hostile mob turned on him.

Pakistan Foreign Minister Shah Mahmood Qureshi has said Masood Azhar is in Pakistan and he is unwell. Qureshi said, "He is in Pakistan, according to my information". "He is unwell to the extent that he can't leave his house, because he's really unwell," the foreign minister said.

A delegation of IAF team will on Friday receive Wing Commander Abhinandan Varthaman, captured by Pakistan during an aerial combat, at the Wagah border, official sources said.

Varthaman's MiG 21 was shot and he bailed out after bringing down one Pakistani F-16 fighter during a dogfight to repel a Pakistani attack on Wednesday morning. He has been in Pakistan since then. 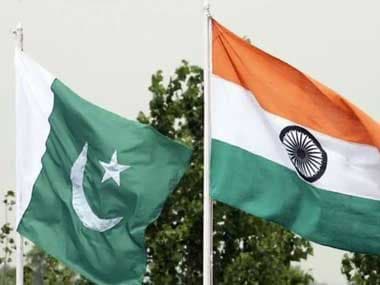 Pakistan Prime Minister Imran Khan announced in Parliament on Thursday that Varthaman would be released on Friday as a "peace gesture".

Tensions between the two countries escalated after Indian fighters bombed terror group Jaish-e-Mohammed's biggest training camp near Balakot deep inside Pakistan early Tuesday. It came 12 days after the JeM claimed responsibility for a suicide attack on a CRPF convoy in Kashmir, killing 40 soldiers.

A team of Indian Air Force officials will receive Wing Commander Abhinandan at the Wagah border on Friday evening, the sources said.

It is not clear whether Varthaman will be handed over to the International Red Cross or to the Indian authorities by Pakistan.

India on Wednesday demanded immediate and safe return of the IAF pilot.

"We are happy that our pilot who had fallen across the Line of Control and was in the custody of Pakistan is being released. We are extremely happy to have him back. We only see it as a gesture which is in consonance with the Geneva Conventions," Air Vice Marshal R G K Kapoor, the assistant chief of Air Staff, told a news conference.

"Dear @narendramodi ji, I'm touring the border areas of Punjab & I'm presently in Amritsar. Came to know that @pid_gov has decided to release #AbhinandanVartaman from Wagha. It will be a honour for me to go and receive him, as he and his father are alumnus of the NDA as I am," he wrote.