The Supreme Court on Monday issued a notice to the Centre over a petition challenging the constitutional validity of the National Commission for Minorities Act of 1992. The petition claimed that the government is spending Rs 4,800 crore towards "imparting skills to members of minority communities and promoting their culture". 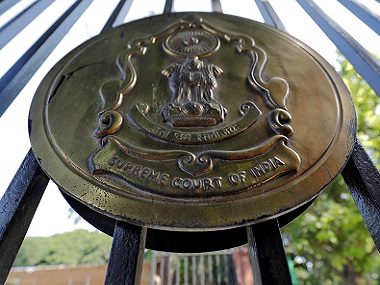 The petition filed by "followers" of the Sanatan Vedic Dharam, which reportedly alleged that the Act is a violation of the right to equality, will be heard by the apex court in March, according to ANI.

The petition contended that members of the Hindu community are being "unconstitutionally deprived" of the welfare provisions made for religious minorities who are from the same socio-economic backgrounds. The petitioners said that the schemes were a violation of Articles 14, 15, and 27.

"The Parliament cannot make any law for the benefit of any religion maybe, for minority religious groups. Special benefit and advantage within the sweep of Article 15(4) can be provided only to those communities who are found ‘socially and educationally backward’ classes of citizens by a Commission established under Article 340 of the Constitution of India. From tax payer money, no religion or religious groups can be promoted and therefore, no Minority Commission can be created to achieve the purposes enumerated in the Act," the petition was quoted as saying by The Hindu.

"The petitioners and other members of Hindu community are suffering because they have been born in majority community," the petition further stated.

The plea, which was taken up by a bench led by Justice Rohinton Nariman, challenged the validity of the National Commission for Minorities (NCM).