Khattar told the media in Chandigarh that the state government has already enacted the 'Gauvansh Sanrakshan and Gausamvardhan' Act for the protection of cows. 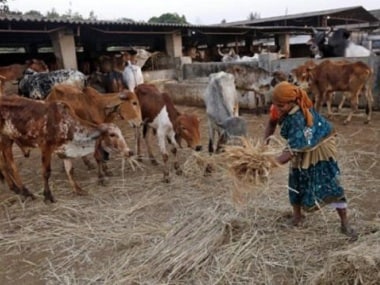 "The government has tagged cattle in the gaushalas as it would help in knowing their location. Tagging of cattle kept in the houses would also be carried out so that these are not abandoned in any situation," Khattar said.

While seeking the support of the people in effective implementation of the drive to protect the livestock, the chief minister appealed to them not to abandon their cattle and keep them in their houses as it was not easy for the government alone to protect them.

The Bharatiya Janata Party (BJP) government in the state has taken a number of steps for the protection of cows.

The Khattar government imposed a ban on beef in 2015, followed by a ban on cow slaughter in the state.

From setting up of creches for cows to sterilizing and rounding up stray bulls, setting up an e-portal for livestock, setting up 'gaushalas', announcing a cattle insurance scheme and even appointing a senior police officer to exclusively monitor smuggling of cows in the state - the BJP government in Haryana has done it all.