Govt set to accept voting for NRIs through electronic means

New Delhi: The government is set to accept the recommendations of a committee which has favoured voting for NRIs through electronic means. The government, which has firmed up its stand, is set to tell the Supreme Court soon that it supports e-ballot for NRIs, a senior government functionary told PTI. 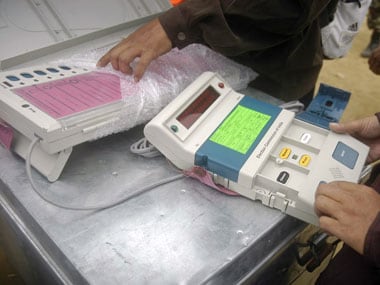 The issue is likely to come up before the apex court in the coming days. A committee comprising officials from the Election Commission, Law Ministry and the Ministry of External Affairs had taken the opinions from all sections before submitting a report to the apex court last year.

Any move to allow NRIs use proxy voting on the lines of defence personnel and e-ballot facility will require changes in the law. Under the proposal, NRIs will be sent ballot papers electronically and they will have to return it to poll authorities physically.

Chief Electioner Commissioner VS Sampath had said recently that the MEA was opposed to the idea of allowing NRIs to vote at embassies as it will be difficult to allow such an exercise because, in some countries, the NRI population could be equal to the local populace and it will be difficult to hold such an exercise at the embassy. The functionary said misuse of the process can be checked by devising safeguards.

"The committee is of the view that e-postal ballot, where blank postal ballot is transferred electronically to NRIs and returned by post, can be employed after validation of the process and pilot implementation in one or two constituencies and then be scaled up for parliamentary elections if found feasible, practicable and meeting the objectives of free and fair elections," said the report given to the Supreme Court.