New Delhi: The government has asked all Central ministries to take advantage of several reforms executed in the past couple of months to lure foreign companies for large-scale investment in the country. The Cabinet Secretariat letter reviewed by Firstpost reveals that concerned departments have been told to identify sectors where foreign companies could be invited for fresh investments.

The communiqué said that the recent corporate tax cut has made India amongst the most competitive globally and government setups in embassies are to be roped in — in coordination with the Department for Promotion of Industry and Internal Trade (DPIIT) — to ensure investment opportunities are fast-tracked. The note said new reforms are of critical importance in stimulating growth and employment in encouraging fresh investments and an increased inflow of money into capital markets.

"All ministries must quickly identify sectors for possible investment and initiate outreach efforts to attract Indian companies and foreign companies in identified countries to invest in these identified sectors," the Cabinet Secretariat said. 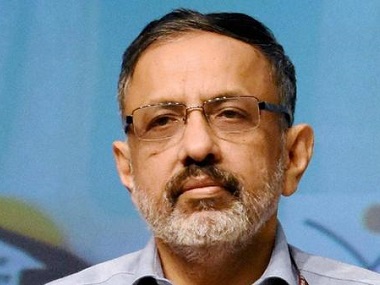 The government has proposed 100 percent Foreign Direct Investment (FDI) under the automatic route for sale of coal and coal mining activities including the associated processing infrastructure. Thus far, $1.78 million worth of investment has entered this sector, however, no data is available for contract manufacturing and single brand retail trading. The data that was made available by the government in July this year observed that total FDI inflow in various sectors for FY 2018-19 increased to $64.38 billion from $60.97 billion in 2017-18.

According to the documents, the removal of the 30-year cap for leasing land in Special Economic Zones (SEZs) and the new logistics policy implemented by the government will smooth certain hurdles for foreign firms especially from the top five countries (US, Germany, Japan, UAE and France) making huge investments in India. India is currently focussing on electronics manufacturing, renewable energy, pharmaceuticals, food processing, automobile, retail trading, metallurgical industries, hotels, tourism, construction and the service sector including banking, insurance, outsourcing, research and development, and technology testing.

Between April-June 2019 total FDI equity inflow in the country was Rs 1.13 lakh crore which is expected to surge in the last quarter of the financial year in the backdrop of several measures announced by the government. The FDI inflow was maximum through Mauritius followed by Singapore, Japan, US, Germany, France, Netherlands, Cyprus, UAE and UK. The analysis of data of April-June reveals significant increase in services, computer software, construction, trading and the automobile sector.

Among the states, Maharashtra, Delhi, Uttar Pradesh, Karnataka, Tamil Nadu and Gujarat witnessed a massive increase in foreign investment this year. The Cabinet Secretariat has also asked for comprehensive reviews of MoUs signed by India with foreign governments to ensure that various activities envisaged under railways, defence and nuclear energy sector are not stuck in red tape and implemented in a timely manner.

Pushing for expeditious execution on the ground, Cabinet Secretary Rajiv Gauba  told Central departments to review all decisions taken by the Cabinet Committee on Economic Affairs on a priority basis. The status of decisions taken till 31 October by the NDA-2 government was recently examined in the Cabinet meeting. It was also decided in a meeting chaired by the Prime Minister Narendra Modi that all ministries will present the status of implementation of Cabinet decisions before the Council of Ministers on a regular basis.

"Delays in implementation of decisions is a matter of concern. This exercise may inter alia examine the reasons for slippages from adherence to approved time-lines. Concrete strategies/action plans may be prescribed with clearly identifiable time-lines and milestones for different activities to ensure effective implementation," the Cabinet Secretary wrote.