New Delhi: The National Green Tribunal on Wednesday slammed the Ministry of Environment and Forests (MoEF) for terming cigarette butts as 'biodegradable' and directed it to clarify its stand on the issue.

The observation came after an advocate representing MoEF told the green panel that cigarette butts are 'biodegradable'. When the bench enquired as to how they have come to this conclusion, he said that the main counsel was busy before a Constitution bench in the Supreme Court and sought adjournment. The bench, however, said, "Constitution bench or no Constitution bench, ask him (the lawyer) to be present before us." 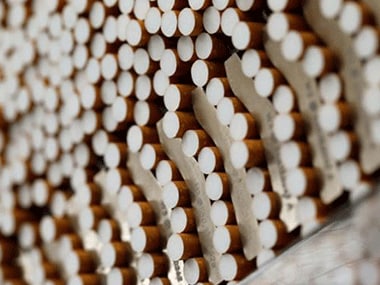 The matter is fixed for next hearing on 27 July.

The tribunal had earlier issued notices to the MoEF, Ministry of Health and Family Welfare and Central Pollution Control Board on a plea filed by by a doctors body seeking prohibition on consumption of tobacco in all public places and proper disposal of related waste.

Doctors for You, an NGO working towards cancer care, had moved the NGT praying that the Centre be directed to declare cigarette and bidi butts "toxic waste". It had claimed that tobacco was causing major health problems and its "cultivation, processing, production and disposal was harming the ecology badly".

The plea had sought directions to prohibit consumption of tobacco in any form in all public places and ban the use of plastics for packing tobacco used in cigarettes.

"People should be allowed to smoke and chew (and spit) in only designated areas where norms for disposal of cigarette/bidi butts and toxic saliva should be made. Such designated areas should be licensed and monitored jointly by the Ministry for Environment and Ministry of Health," it had said.

"Cigarette butts leach out toxic chemicals. The leachate (liquid that drains from a landfill) from cigarette butts is acutely toxic to representative marine and freshwater fish species," the plea had said.