New Delhi: The government on Monday said the economy is not in recession and India recorded the highest average growth among the G-20 nations during 2014-19. 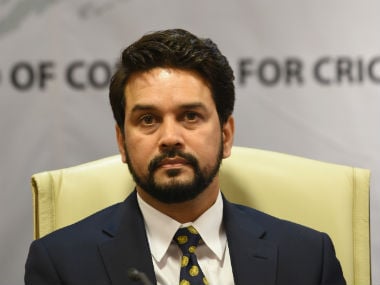 In a written reply to a question in the Lok Sabha, Minister of State for Finance Anurag Thakur said that according to the IMF estimates, India continues to be among the fastest-growing economies in the world and its gross domestic product (GDP) is estimated to grow at 5.8 per cent in 2020-21 and is further projected to surpass China with a growth rate of 6.5 per cent in 2021-22.

"No...the economy is not in recession. As per the National Statistical Office (NSO), GDP growth on average was 7.5 per cent in 2014-19, which is the highest amongst G-20 countries," the minister said.

Among other queries, the ministry was asked whether the Indian economy is in a difficult phase due to recession, and most of the international agencies have also confirmed this.

Thakur further said the growth in the Index of Industrial Production (IIP) has improved as it registered a positive growth of 1.8 per cent in November 2019 as compared to a contraction of 4 per cent in October 2019 and 4.3 per cent in September 2019.

IIP contraction in September 2019 indicated the weakest performance in six years. The government has been undertaking continuous measures to improve the overall investment climate and boost the economic growth, the minister added.