Chennai: The Election Commission of India Wednesday announced conducting repolling in 13 polling stations in Tamil Nadu, where the Lok Sabha elections were held on 18 April. 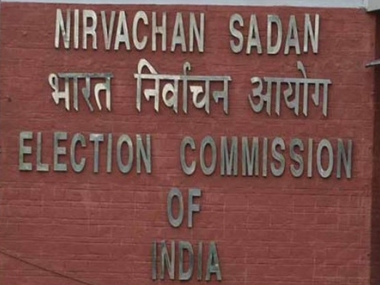 The repolling in Dharmapuri, Tiruvallur, Theni and Erode will be held on 19 May, state Chief Electoral Officer (CEO) Satyabrata Sahoo told reporters.

"ECI has informed about repoll in 13 polling stations in Tamil Nadu. It will be conducted on 19 May," he said.
The repolling will be held in eight polling stations in Dharmapuri, two in Theni and one each in Cuddalore, Tiruvallur and Erode, he said.

Earlier, the CEO had recommended repolling in Dharmapuri following alleged irregularities. He said on Wednesday that clearances had been done 'incorrectly' after mock poll for EVM and VVPAT in 46 places which had been reported to the ECI.

The ECI had subsequently taken the decision on repolling.

The Commission's move also comes amidst the Opposition objecting to shifting of EVMs from Coimbatore to Theni and Erode last night, though the CEO clarified that it was 'normal', keeping in mind the requirements in case of a repolling.