Munich: External Affairs Minister S Jaishankar told a senior US Senator that India will "settle" the Kashmir issue on its own when the American lawmaker brought up the issue during an interaction at the Munich Security Conference. 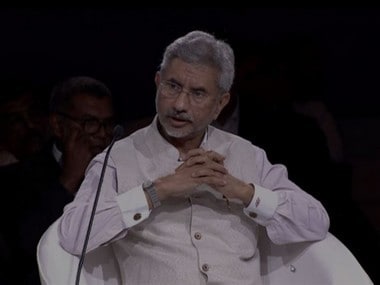 "In India, you are moving forward, you got your problems like we do at home, but you've chosen the democratic path. When it comes to Kashmir, I don't know how it ends, but let's make sure that two democracies will end it differently. If you can prove that concept here, then I think that's probably the best way to sell democracy," the Republican leader said.

To this, Jaishankar promptly responded, "Do not worry, Senator. One democracy will settle it and you know which one."

During the discussion Jaishankar also said that the United Nations is far less credible than it has been in history and "something" should be done about it.

"The United Nations is far less credible than it has been in history, which is not entirely surprising because when you think about it, there are not too many things which are 75 years old and still as good as they were. Clearly there is something that needs to be done there."

He highlighted that the global political rebalancing is underway and made a case for greater western flexibility. "Multilateralism can today be strengthened by more creative diplomacy and plurilateral understanding," he said.

The Munich Security Conference, being held from 14 to 16 February, is the world's leading forum for debate on international security policy.