New Delhi: Police in Delhi have arrested the husband of a 34-year-old woman for allegedly killing her and then trying to mislead them by claiming that she was killed by some moneylenders who were harassing him, the police said. 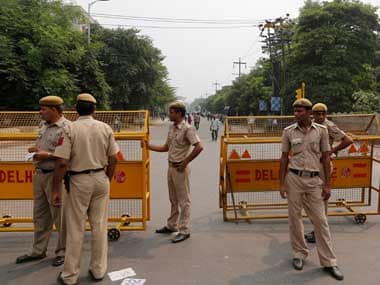 Priya Mehra was shot dead in the early hours on Wednesday in northwest Delhi's Shalimar Bagh area while she was returning from the Bangla Sahib Gurdwara with her husband and two-year- old child, they said. Her husband, Pankaj Mehra, had told the police that he had taken money on credit and was unable to return Rs 40 lakh, including the interest that had piled up.

He had claimed that the lenders had been threatening him and had asked him to return the amount with the interest. The police found inconsistencies in his version of the incident and questioned him. During an interrogation, Pankaj confessed to killing his wife, deputy commissioner of Police (Northwest) Milind Dumbere said. The police said that Pankaj thought he would be able to mislead them by claiming that the killing was the handiwork of some moneylenders who had been threatening him.

Pankaj was married to another woman despite being married to Priya. He was inclined towards his other wife and thought of eliminating Priya, they said. The police have taken him into custody to find the weapon he used to kill his wife.