In a bizarre incident, a 17-year old girl and a boy, abducted and killed a 13-year-old neighbour to fulfil their dream of making it to a reality show Dance India Dance.

The Hindu reports that the boy, Swapnesh Gupta, had been missing since 15 September when he left for school in South-East Delhi's Badarpur, after which his father Rajesh had lodged a complaint with the police.

Swapnesh who loved dancing, and had even started practicing was lured by the duo who he idolised. 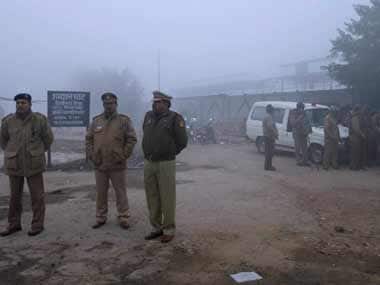 The Indian Express quoted a police officer as saying, "The duo wanted a ransom of Rs 60,000. They claimed somebody had told them they would need the money to fund their dream of making it to the TV dance show in Mumbai."

So, in a bid to extract the money from Swapnesh's parents the duo kidnapped him.

The teens took the boy to Kashipur in Uttarakhand on the pretext that they were going to participate in a dance show, Mandeep Singh Randhawa, DCP (South-East) told The Hindu.

However, their plan began to fall apart when Swapnesh realised what the duo was upto. The two abductors then allegedly murdered him.

According to The Times of India, the boy and girl strangled the victim and pushed him off a cliff in Ranikhet in Uttarakhand.

Despite having killed the boy, the duo went ahead with their plan of demanding ransom from Swapnesh's parents and demanded Rs 60,000.

But after tracking their location of the caller for three days, the boy and the girl were apprehended by the police. During investigation they confessed to the crime. The Times of India reports that the decomposed body of the child was returned to the family after autopsy.