New Delhi: The Anti-Corruption Branch (ACB) on Wednesday said that Delhi Chief Minister Arvind Kejriwal did not figure in the FIR regarding alleged illegalities in the Delhi Commission for Women (DCW).

ACB chief MK Meena made the statement hours after Kejriwal said he was surprised he had been named in the FIR and blamed Prime Minister Narendra Modi for this. 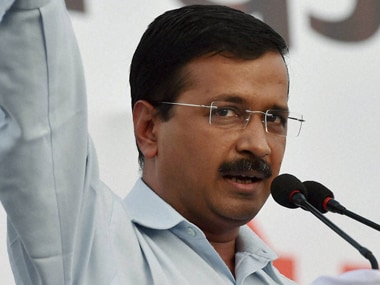 The Aam Aadmi Party (AAP) leader said that without Modi's approval, police would not have included him in the FIR.

Meena, a Special Commissioner in Delhi Police, said former DCW chief and Congress leader Barkha Singh Shukla had named Kejriwal in her complaint along with present DCW chief Swati Maliwal. But the ACB did not include his name in the FIR.

"In the ACB's endorsement enquiry report, Kejriwal's name is not mentioned. He is not an accused in the case and we are not conducting any enquiry against him," Meena said.

The officer, however, said a notice had been served to Maliwal to appear before the ACB on September 29 in connection with the case.

The officer said Maliwal, his secretary PP Dhal and some government officials were named in the FIR on Monday. Maliwal has repeatedly denied any wrongdoing vis-a-vis recruitment in the DCW.