Dabolim airport to operate even after Mopa airport comes up, says Manohar Parikkar

Panaji: Goa chief minister Manohar Parrikar has said the airport at Dabolim will continue to operate even after new greenfield airport at Mopa in North district is commissioned. 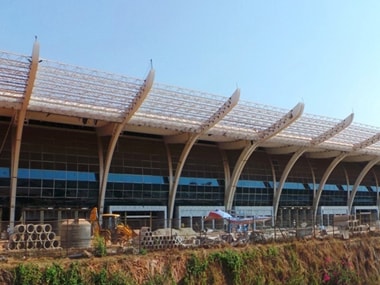 "The Ministry of Civil Aviation, Government of India on 1 July, 2010 has communicated approval for continuation of civilian operations at Dabolim Civil Aviation Enclave, even after the commissioning of the new international airport at Mopa," Parrikar said in a written reply during the ongoing Monsoon Session of the Assembly.

Parrikar said the state government has made it clear in the tendering process of Mopa Airport project that the civilian enclave at Dabolim airport will continue to function even after commissioning of the Mopa Airport.

"Government feels that for the growth of tourism in the state both Dabolim and Mopa airport have to function simultaneously for civilian operations," he added.

The new airport at Mopa is expected to be commissioned in 2020. GMR Goa International Airport won the contract to build and operate the greenfield airport at Mopa last year.