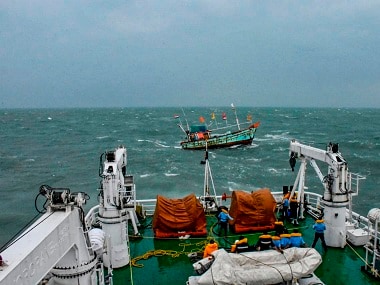 Cyclone Kyarr Updates: Cyclone Kyarr, which has been gaining momentum for the past couple of days, has further intensified into a super cyclone according to the India Meteorological Department (IMD).

The cyclonic storm Kyarr is moving away from the western coast resulting in the decrease of the rainfall activity over Goa from the late evening of Saturday, the weather forecast agency stated.

On its Twitter account, World Cyclone Warning Center has stated that the super cyclone Kyarr has continued to rapidly intensify and has now become only the second Category 5 on record in the Arabian Sea. "Maximum sustained winds have increased to 160mph, minimum central pressure has decreased to 928 mb" it stated.