Kasaragod residents suffer as Karnataka closes access to Mangaluru hospitals; Kerala HC asks who will take responsibility if someone dies

In the midst of the coronavirus crisis, when World Health Organisation has urged all governments to act with compassion while taking the necessary action to curtail the pandemic, an ugly fight has unfolded between the states of Kerala and Karnataka.

Kerala has accused neighbouring Karnataka of sealing its borders with Kasaragod town, where a large number of people are under home quarantine, amid coronavirus spread.

However, this alleged move has created a fresh crisis for residents of the Kerala town as critically ill patients from Kasaragod have since long been thronging the multi-speciality and high-tech hospitals in Mangaluru in the neighbouring state as they are closer than the facilities in the neighbouring districts of Kerala. 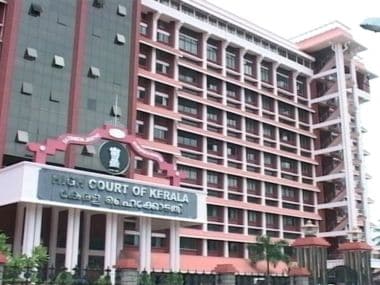 The matter has reached the Kerala High Court which on Wednesday questioned whether the state had the right to prioritise the lives of one section of people over another, just because they are residents of different states.

"Is it an option available to any state to choose between people who are ill and to sacrifice one for another?" Justice AK Jayasankaran Nambiar, hearing the matter, asked.

The judge said that the court cannot accept any submission which treats people of Kerala and people of Karnataka as distinct citizens.

The court also asked the Kerala and Karnataka governments as to who will take the responsibility if people die due to illnesses other than coronavirus during this time.

"If people die due to other illnesses, who'll take responsibility? Would the doctor tell you to only check on someone with COVID-19? Centre to take a decision and inform the court," the court said.

Kerala government had taken the matter to the court. The state had filed an affidavit in this regard and also presented a letter that was given by hospitals in Mangalore stating that they are ready to give treatment to Kasaragod natives.

"Karnataka closed the Pathore Road in Mangalore border... It was decided jointly by both states to close 12 of the 17 roads on the Kerala-Karnataka border," the affidavit said.

Kerala government, in the affidavit, also said that Karnataka's stand on the matter is inhumane. Karnataka's Advocate General, on the other hand, told the Kerala High Court that people from Kasaragod can't be admitted in state's hospitals.

"Coorg-Mangalore can't accommodate more people. We are only differentiating between one infected area from another," Karnataka submitted.

At this point, the Central Government's lawyer submitted that the matter was already under consideration of the Union Government and a decision will be taken within a day. The court, although acknowledged the Centre's plea, it said it will pass an order only to the effect of providing medical relief. The order is still awaited.

Kerala High Court, had on Tuesday, asked Karnataka government not to block patients at the border and open the Kasaragod route to Mangalore for medical purposes.

Since Karnataka has blocked border roads with Kerala following the COVID-19 outbreak and the nationwide lockdown announced on 24 March, patients depending on Mangaluru for their treatment are finding it extremely difficult to go there.

The issue came to the fore earlier this week when Kerala chief minister Pinarayi Vijayan wrote to Prime Minister Narendra Modi, complaining about Karnataka government's inhumane attitude and "partisan interests in the time of crisis".

Vijayan said that Karnataka authorities have illegally blocked all roads between Kasaragod and Karnataka under the 'false' pretext that a large number of people were infected with coronavirus, and that by allowing ambulances and essential commodities to pass, they will 'endanger' the population of Karnataka.

Karnataka is ruled by the BJP, with BS Yediyurappa as its chief minister.

According to The Print, the trigger for Vijayan’s letter to Modi was the death of a 70-year-old woman after Karnataka authorities did not allow her ambulance to cross the border.

Meanwhile, as the logjam continued, another life was endangered as a Keralite patient, who was reportedly forcibly discharged from a Mangaluru government hospital, walked nearly 50 kilometres and fainted near the Kasaragod border.

The patient, Balan, was admitted to the hospital in Mangaluru on 21 March after he fell from a coconut tree. He told police that he was forcibly discharged by the hospital authorities.

On getting information, the Kerala Police arranged a vehicle for the patient and his relative and dropped them home at Kanhangad, Kasaragod Superintendent of Police PS Sabu said.

In a similar incident, on Tuesday, a 49-year-old critically ill patient died after Karnataka Police allegedly denied permission to allow his ambulance to cross the border at Thalpadi on the Kasaragod-Mangaluru National Highway. He was being taken to Mangaluru for follow-up treatment.

PTI reported that at least seven seriously ill patients from Kasaragod have lost their lives since 27 March after the border roads were shut by the Karnataka government.