Hyderabad: A case has been registered against hair stylist Jawed Habib following a complaint accusing him of "insulting and demeaning" Hindu Gods in a newspaper advertisement for his salon. 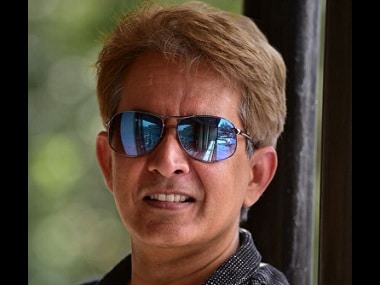 Based on the complaint of K Karuna Sagar, a practising advocate, the Saidabad police station registered the case under IPC section 295A (deliberate and malicious acts, intended to outrage religious feelings of any class by insulting its religion or religious beliefs), a senior police official told PTI.

Asked if a notice will be issued against Habib for questioning, he said, "We will take legal opinion and proceed accordingly." When told that the hair stylist had apologised over the matter, the official said,

"We will look into that." The advocate, in his complaint with the Saidabad police, earlier stated that while browsing through a social media service, he came across a photo of an advertisement "issued" by Jawed Habib in a newspaper, allegedly depicting Hindu Gods and Goddesses in a "derogatory and insulting" way.

He said the ad, which carried the caption 'Gods too visit JH Salon', "insulted his religious sentiments."

Sagar sought action against Habib in the complaint.

However, Habib, through a video message posted on his twitter handle, offered an apology over the issue. "One of our partners released the advertisement without our permission in Kolkata. Our system is through franchise.I have been working for 25 years. My only religion is scissors. Sentiments have been hurt.I apologise."

A letter was also posted on the social media handle, in the name of Jawed Habib Hair & Beauty Limited, which read:"We never ever intended to hurt the sentiments of any community. It was done without our knowledge of the company by some local people in West Bengal. We undertake to remove all such
advertisement material from the media."

"If our ad campaign had inadvertently hurt anyone's sentiments we apologise for that to the public at large," the letter said.

Besides Sagar, a student of the University of Hyderabad had also lodged a complaint against Habib with the Gachibowli police over the same issue. He too accused the hair stylist of hurting his religious sentiments. Gachibowli police station inspector S Chandrakanth earlier said that following the complaint they made a General Diary (GD) entry and were seeking legal opinion