Mumbai: The condition of the woman college teacher from Wardha district of Maharashtra who was set on fire by a stalker was stable but critical, a doctor said on late Tuesday evening.

The state government on Tuesday flew Sunil Keswani, director of the Navi Mumbai-based National Burns Centre, to Nagpur where the woman is undergoing treatment. 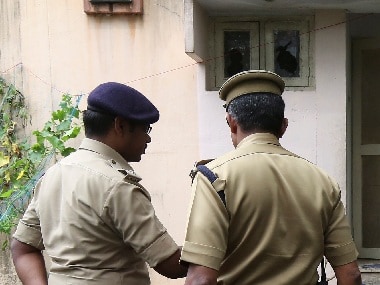 Victim Ankita Pisudde (25), resident of Hinganghat in Wardha district, is undergoing treatment at Orange City Hospital in Nagpur. Vikesh Nagrale (27), an acquaintance who was harassing her for quite some time, allegedly set Pisudde ablaze at Hinganghat on Monday morning while she was on her way to college. She suffered 40 percent burns.

State Home Minister Anil Deshmukh, who visited the hospital on Tuesday evening, announced that the trial of the accused would be fast-tracked, and well-known lawyer Ujjwal Nikam would be appointed as special prosecutor as per the request of the woman's relatives. "Similarly, we will also study the Andhra Pradesh law to deal with such cases wherein judgment is delivered in 21 days," the home minister added.

Keswani told reporters in Nagpur that the woman's condition was "stable but critical". He ruled out shifting her elsewhere. "She is fully conscious and responding, but she is not in a position to talk now. The condition of her lungs will be known after three or four days. All efforts are being made to save her," he said.

Residents of Hinganghat and Samudrapur areas in Wardha took out a protest march, demanding death penalty for Nagrale.

Around 7,000 people, including members of political parties, women and college students, marched from Nanduri Chowk to Ambedkar Square in Wardha town, demanding a fast-tracked trial and death penalty for the accused. A few demonstrators also demanded that the accused be "handed over to the public for ten minutes", an official said.

Residents of Hinganghat town and neighbouring areas also called for a shut-down.

Chief Minister Uddhav Thackeray asked the police to ensure that the accused was convicted. Thackeray took a serious note of the incident, a statement from his office said, adding that expenses of the woman's treatment would be borne from the Chief Minister's Medical Assistance Fund.

The Maharashtra State Commission for Women on Monday directed the Wardha Superintendent of Police to submit a report on the incident.

According to the police, Nagrale, who was arrested soon after the incident, and the woman were friends till two years ago when she severed ties with him due to his "irrational behaviour". "Nagrale is a married man and has a seven-month-old son. He works in a firm in Balharshah. He used to stalk the woman. He had even tried to commit suicide last year," a police official said.

The victim's cousin Shubham Pisudde told PTI that Nagrale had been harassing her for the last many years despite repeated warnings. "Her marriage (engagement) was broken last year due to Nagrale," she said.

Meanwhile, a lawyers' association in Hinganghat said it had decided that no local lawyer will represent the accused. A local court has remanded Nagrale in police custody till 8 February.