Supreme Court crisis: CJI makes public new roster system for allocation of cases, but is it enough to resolve impasse?

Chief Justice of India Dipak Misra on Thursday put in place a new roster system for allocation of cases in the Supreme Court in what could be a move to address the grievances by four senior-most judges.

Justice Misra has kept to himself the public interest litigation (PIL) cases under the roster system that will come into effect from 5 February. Previously, the cases in the apex court were assigned by the CJI in his capacity as master of the roster.

The CJI also allocated to the bench headed by him the petitions based on letters, election cases and matters pertaining to contempt of court and constitutional functionaries. He will also deal with cases related to commissions of enquiry, statutory appointments and appointment of other law officers, habeas corpus (a writ requiring a person under arrest to be brought before a court) matters and social justices cases.

The Indian Express reported that sources close to the four senior-most judges, who had virtually revolted against the CJI, said that the move was an acknowledgement that “something was amiss” and that this was a “moral victory” for their stance. However, they also said that the substance of the solution proposed does little to assuage the concerns of the judges. The sources also pointed out that the roster only named the presiding judge and not the entire composition of the benches. 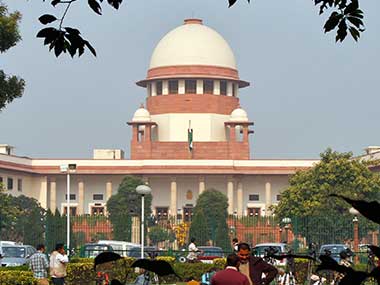 The order of Justice Misra was made public on the official website of the apex court. The 13-page notification said a roster of the work for fresh cases notified under the order of the CJI will come into effect from 5 February till further orders. The decision to make public the roster system assumes significance as the four senior-most judges — Justice J Chelameswar, Justice Ranjan Gogoi, Justice MB Lokur and Justice Kurian Joseph — in their 12 January press conference had questioned the allocation of sensitive PILs and important cases to judges junior in seniority and sought transparency.

The four senior-most judges of the Supreme Court have been allotted important cases in the new roster.

As per the roster, the bench headed by Justice Chelameswar, the senior-most judge after the CJI, would deal with matters related to judicial officers, employees of Supreme Court, high courts, district courts and tribunals for hearings. The bench will also deal with matters like labour, indirect tax, land acquisition and requisition, compensation, criminal matters, etc.

Justice Gogoi, who, during the press conference, had answered in affirmative the concern over the allocation of the PILs relating to the late special CBI Judge BH Loya to a bench headed by a particular judge, has been allocated matters relating to labour, indirect tax, company law, MRTP, TRAI, SEBI, RBI, criminal matters, contempt of court, personal law, religious and charitable endowments, mercantile laws, commercial transactions including banking etc. He will also hear matters related to judicial officers, state excise-trading in liquor-privileges, licences and distilleries and breweries.

Similarly, a bench headed by Justice Lokur has been allocated matters including service, social justice, personal laws, land acquisition, mines and minerals and consumer protection. He will also hear matters related to ecological imbalance: protection and conservation of forests throughout the country, protection of wild life, ban on felling trees and falling of underground water level.

Justice Jospeh's bench has been assigned to deal with matters including labour, rent act, family law, contempt of court, personal law etc. He will also hear matters related to religious and
charitable endowments and all land laws and agriculture tenancies.

The roster has assigned to Justice Arun Mishra matters related to admission and transfer of candidates in engineering and medical colleges which recently saw a sitting and a retired high court judge caught on the wrong foot. Justice Mishra, who heads a bench, has been divested of the PIL matters. He had recently recused himself from hearing the PILs related to the death of special judge Loya, who was dealing with the Sohrabuddin Sheikh fake encounter case.

The four senior-most judges had in their press conference had questioned, among other issues, the allocation of PILs on Loya to him.

The assignment of engineering and medical college matters to Justice Mishra assumes significance as it was in a similar case related to a private medical college that a three-judge in-house panel appointed by CJI Misra had found wrongdoing on part of Allahabad High Court judge SN Shukla. The alleged anomaly committed by Justice Shukla with regard to a private medical college, which was restrained by apex court in enrolling students in 2017-18 academic year, led to a CBI probe in the medical education scam matter. Former Orissa High Court judge IM Quddusi was arrested as part of the same probe.

In the unprecedented 12 January press conference at Justice Chelameswar's residence, the four senior-most judges had raised a litany of problems, including assigning of cases in the apex court, and said there were certain issues afflicting the country's highest court. They had also made public a letter written by them to the CJI two months ago expressing their grievances, which, they claimed, were not addressed by the CJI. "There have been instances where cases having far-reaching consequences for the nation and the institution have been assigned by the chief justices of this court selectively to the benches 'of their preference' without any rationale basis for such assignment. This must be guarded against at all costs," the letter said.

After the press conference, there were hectic parleys involving judges of the Supreme Court, the Supreme Court Bar Association (SCBA) and the Bar Council of India (BCI) to defuse the crisis.

The SCBA, headed by its president Vikas Singh, had come out with a resolution that the apex court should follow a roster system for the allocation of matters to the judges as was prevalent in the Delhi High Court. According to sources, some of the judges had also suggested to the CJI to examine the roster system prevalent in the Bombay High Court.