The man who laid the foundation Maratha empire, Chhatrapati Shivaji Maharaj is celebrated throughout Maharashtra and the rest of India for his conquests and valour. Formally crowned as the Chhatrapati of Raigad in 1674, the warrior-king breathed his last on 3 April, 1680. 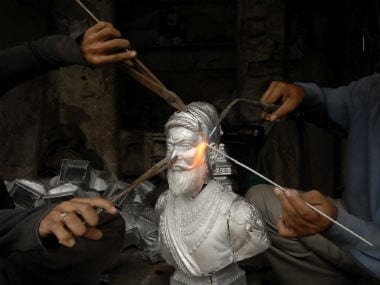 A bust of Shivaji Maharaj, the warrior Maratha king, in making. Reuters

Shivaji was able to expand the sphere of the Maratha empire, and was instrumental in building the Maratha navy. He was known both for alliances and wars with the Mughal empire, Sultanate of Golkonda, Sultanate of Bijapur as well as the Europeans.

On the warrior-king’s 340th death anniversary, here’s looking at a few interesting facts about him.