New Delhi: The Comptroller and Auditor General (CAG) has rapped the Railways over cleanliness and management of linen and suggested putting in place a mechanism to ensure strict compliance to the laid down norms.

In its report tabled in Parliament on Friday, the country's top auditor has said the washing and sanitation of linen as well as blankets are not done as per the norms established by the Railways itself.

The Railway Board has instructed that washing of linen (except blankets) should be done after every single use and blankets be dry cleaned every two months.

"Various zonal railways had provided periodicity of once every fortnight/month/once in two-three months for washing blankets," said the CAG report. 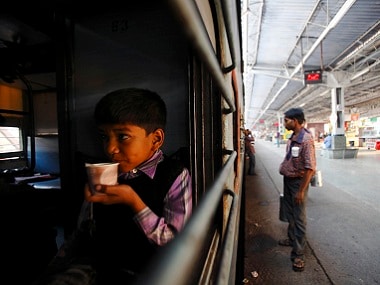 During 2015-2016, in respect of 12 coaching depots of eight zonal railways, blankets had been washed after an interval of 6-26 months, the report stated.

The report also said there were general stores depots which stored fresh linens along with those that were to be discarded. At the Basin Bridge depot in Chennai, pillow covers were being stitched from the used bedsheets to tide over shortages.

In a few cases, in the Northern Railway, used pillow covers were provided to the passengers, the report said.

The audit report said there was a need for the railways to increase the pace of setting up of mechanised laundries and prescribe norms for quality standards for washed linen.

"A mechanism may be put in place to ensure strict compliance to norms of cleaning blankets and pillows as per required periodicity," it said.

The CAG also said that at many storage depots, fresh linen was stored haphazardly and was exposed to dirt and contamination.

"Proper storage space may be provided for storage of linen in store depots, so that linen can be issued in an organised manner," it recommended.

It has also advocated providing "adequate storage space" for linen in coaching depots.

In Western Railway, new linen was stored in a manner that they were exposed to dirt in storage depots in Mahalakshmi and Sabarmati. At the store in Kharagpur, face towels were kept in a room with broken windows susceptible to damage due to seepage of rainwater.

In some zonal railways, new stock remained unutilised almost all their life span.

In North Eastern Railway, the audit said, the stock at the depots had already completed two-to-seven months life from the date of manufacture before it was received at the Gorakhpur depot.

"This indicated that the lot received first were not issued first," the audit said.

In case of pillows too, instructions were not followed, it said.

"Blankets and pillows were not dry cleaned and/or sanitised for long periods before supply to the passengers," the audit said.

The audit report also recommended that railways seek regular feedback from passengers to effectively improve passenger satisfaction in respect of quality of linen.