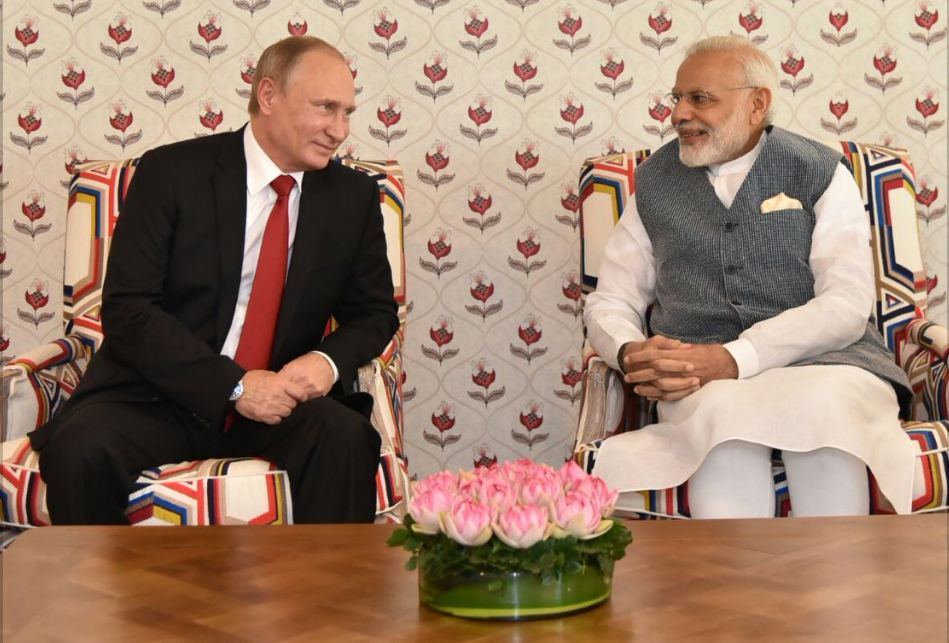 Prime Minister Narendra Modi arrived in Goa on Friday to attend the two-day long Brics summit. The leaders are expected to debate "global growth prospects, the role of Brics in leading this global growth and our contributions to it,” according to Indian foreign ministry official Amar Sinha.

Modi, in a Facebook post, said that he is honoured to receive Russian President Vladimir Putin and Brazilian President Michel Temer for a bilateral visit in Goa.

While Putin’s visit will give India an opportunity to consolidate and reaffirm a unique time-tested friendship and partnership with Russia, Temer’s trip will open up new areas for cooperation with Brazil.

Putin’s office said in a statement that "international terrorism and the Syria peace process" would be discussed.

India is expected to continue with its diplomatic offensive against Pakistan on the issue of terrorism originating from there. With the summit taking place within weeks of Uri terror strike by Pakistan-based terrorists, India will be forceful in its demand at Brics Summit, which will also have a BIMSTEC outreach meet, for intensified efforts to tackle terrorism including action against countries providing safe havens to terrorists and arming them.

Modi is expected to hold talks with Putin and Chinese President Xi Jinping on the sidelines of the summit. He will meet Putin on Saturday for the annual summit and the talks with Jinping are also expected to be held later that day. His summit with Temer is scheduled for Monday, according to a PTI report.

The BricsPost quoted Modi as saying on Friday, “Brics will also launch new initiatives in Goa even as we mark the successful operationalization of initiatives like the Brics New Development Bank and the Contingent Reserve Arrangement.”

The Goa police issued an advisory to the general public about the dos and don'ts during the high profile event on Saturday. "All citizens are requested to co-operate with law enforcing agencies and report any suspicious activities or suspicious baggage/article to authorities immediately," Goa Police said in a press release issued on Friday.