Mumbai: The Bombay High Court on Tuesday refused to grant parole to gangster Abu Salem to marry, observing that he has been convicted on a serious charge of terrorism.

Salem, 46, sentenced to life imprisonment in the 1993 Mumbai serial blasts case, had moved the high court seeking release from prison on parole for a month as he wants to marry Kausar Bahar, a resident of Mumbra area in Thane district. The gangster, who is lodged at Taloja jail in Navi Mumbai, approached the high court after prison authorities rejected his plea for parole. 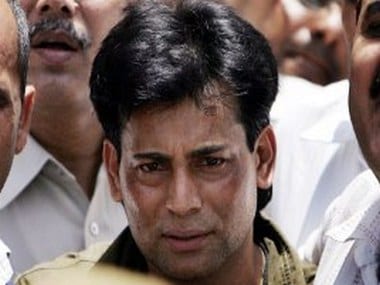 Rejecting the petition, a division bench of Acting Chief Justice VK Tahilramani and Justice MS Sonak observed Salem has been convicted on the serious charge of terrorism and hence cannot be released on parole.

In his petition, Salem said he is lodged in jail since November 2005. The applicant had said the parole request should be considered on "humanitarian grounds" as he cannot shun his duty towards the woman since he has promised to marry her, and that she also does not intend to marry anyone else. Salem said he should be allowed to maintain family and social ties.

In his plea, he did not mention the date when he intends to marry.

In 2017, a special court convicted Salem in the 1993 blasts case under various sections of the Indian Penal Code, the Terrorist and Disruptive Activities (Prevention) Act (TADA) and the Arms Act. The court had sentenced him to life imprisonment in the case.