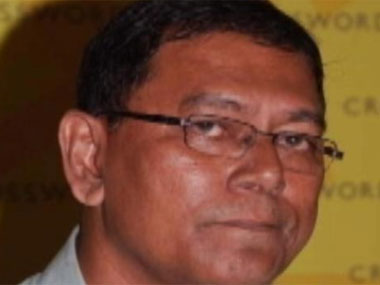 Paulson is the second accused to get bail in this case. The crime branch had arrested altogether 11 accused in connection with the crime. Former journalist Jigna Vora, who was also arrested in the case, was the first one to get bail.

Paulson is likely to come out of jail on Monday after bail formalities are complied with, his lawyer O A Siddiqui said. Siddiqui argued that there was no evidence against his client to connect him with Dey's murder.

Hence, he should be granted liberty. Opposing Paulson's bail, prosecutor Ajay Gadkari argued that there was substantial evidence against him. Police had recorded the confession of Paulson in which he had admitted to his role in the crime.

Besides, the co-accused had given confession implicating Paulson in this case. The prosecutor also said that the scope for abetment was widened under Maharashtra Control of Organised Crime Act and even communicating with an organised crime syndicate was enough to constitute an offence.

However, Paulson argued that the prosecution had no direct evidence to prove its case against him and he was being wrongly implicated. Accepting the arguments of Joseph, the court granted him bail. Joseph was arrested on September 5, 2011, after probe revealed that he had provided global SIM cards to wanted gangster Chhota Rajan's sharpshooter Satish Kalya and Vinod Asrani to communicate with gang leader Rajan in the run-up to J Dey's murder.

Dey was allegedly shot dead in broad daylight by four motorcycle-borne assailants on June 11, 2011, in Powai, allegedly at the behest of Rajan. Police later arrested 11 accused and charged them under various sections of IPC and MCOCA. The trial in the case is yet to commence.