New Delhi: Bihar has been given a special package of Rs 12,000 crore to be implemented during the 12th Plan (2012-17) to bring about improvement in priority sectors power, road and irrigation, Parliament was informed today. "The special plan for Bihar was approved for
implementation during the 10th Five Year and 11th Five Year Plan period.

"It has been decided to continue the implementation of special plan for Bihar during the 12th Plan with an allocation of Rs 12,000 for the entire 12th Five Year Plan period," Minister of State for Parliamentary Affairs and Planning, Rajeev Shukla said in a written reply in Rajya Sabha. 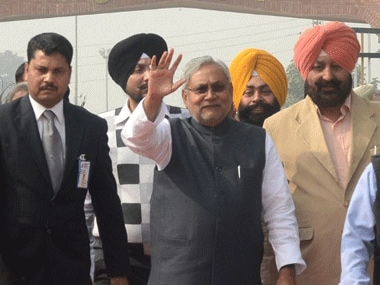 He said that the central government is already implementing a special plan for Bihar since 2003-04 to bring about improvement in prioritised sectors like power, road connectivity, irrigation, integrated watershed development, integrated community based forest management.

Using a 'Multi Dimensional Index (MDI)', the Rajan report had stated that Odisha and Bihar are among the least developed states in India. It also suggested that each state should get a basic fixed allocation of central funds and an additional allocation depending on its development needs and development performance. Shukla said that Bihar accounts for roughly 2.8 per cent of the country's total GDP and 8.58 per cent of the country's total population as per Census 2011.