Mumbai: Controversial right wing leader Sambhaji Bhide, who is also one of the accused of instigating violence against Dalit community in Pune district, on Thursday appealed for a thorough inquiry into the matter.

Eighty-five-year-old Bhide, who heads Shiv Pratishthan Hindustan, met with Sangli district collector on Thursday with thousands of his supporters and demanded withdrawal of charges against him. A day after the Bhima Koregaon violence on 2 January, Pimpri Police in Pune district filed a case against Bhide and others under SC/ST Prevention of Atrocities Act and under various sections of the IPC including attempt to murder as one person was killed in the caste clashes.

In his letter to media, Bhide stated that his name was being deliberately linked with the violence in Pune district. 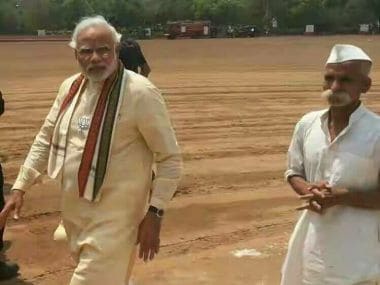 "It is a 'banav' (false) that I was present at the riot site in Pune district and was also responsible for it. Dalit leader Prakash Ambedkar has levelled allegations of my involvement in inciting the violence. There should be a thorough investigation into this matter," Bhide stated.

He said perpetrators of the violence should face a stern action. Bhide has issued his letter from the letter pad of his outfit asserting that his work is for awakening the nationalism among Hindus.

The Pimpri Police had also booked Pune-based Milind Ekbote of Hindu Ekta Aghadi under the SC/ST Prevention of Atrocities Act and under various sections of the IPC including attempt to murder.

Bharipa Bahujan Mahasangh (BBM) leader Prakash Ambedkar had alleged that Hindu Ekta Aghadi and Shivraj Pratishthan were responsible for the Bhima Koregaon violence in which one person was killed.

The violence had occurred at an event to mark the 200th anniversary of the battle of Bhima Koregaon in which the British Army comprising Dalits had defeated the Peshwas. A large section of Dalits view the historical battle as the defeat of the 'casteism' of upper-caste Peshwas.

A case was registered against Ekbote, Bhide, and others, under the SC/ST Prevention of Atrocities Act, Arms Act, 307 (attempt to murder) of IPC and rioting. The duo were booked after one Anita Salve approached the Pimpri police alleging that she and her friend were attacked by a group of people near Vadhu Budruk village adjacent to Bhima Koregaon on Monday. She alleged that the entire attack and arson was orchestrated by Bhide and Ekbote. Salve, 39, is a social worker and the member of the Bahujan Republican Socialist Party.

Bhide is known among his followers as 'Bhide Guruji'.

He is a staunch right-wing Hindu activist and an ardent admirer of Chhatrapati Shivaji Maharaj. He has a sizable following in western Maharashtra.

A gold medallist in Chemistry, Bhide has worked as a professor in Pune-based Sir Parshuram College. A former RSS member, Bhide founded the Shiv Pratishthan Hindustan, which is mostly active in Sangli, Satara and Kolhapur districts in western Maharashtra.