Indore: Followers of spiritual guru Bhaiyyu Maharaj Monday sought a CBI inquiry into his death six months ago even as the Madhya Pradesh Police maintained it was a case of suicide and ruled out any foul play. Bhaiyyu Maharaj, whose original name was Uday Singh Deshmukh, had allegedly fatally shot himself with his licenced revolver at his residence here on 12 June.

In the purported suicide note found at the spot, the 50-year-old spiritual leader had written that he was taking the step due to extreme stress in his personal life. Addressing a press conference here, Shyam Deshmukh, one of his devotees, claimed Bhaiyyu Maharaj was killed. "We feel that our guru was murdered. We want this case to be investigated by the CBI so that the truth can come out." 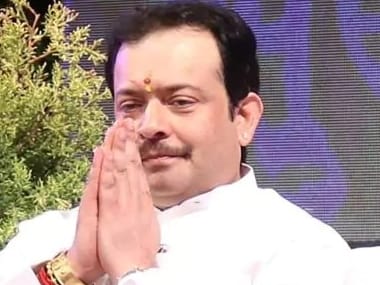 Deshmukh expressed lack of faith in the state police which is investigating the case. "We don't trust MP police. Police are preparing to present their final report in the court," he said. Devotees of Bhayyu Maharaj, who gathered here from different parts of the country, met with police officers here and handed them a memorandum demanding a CBI inquiry into the case.

Meanwhile, the police are firm in their conclusion, based on the investigation so far, that Bhaiyyu Maharaj had committed suicide for personal reasons. "We have not found any evidence in the investigation so far to prove that the deceased was killed," Indore Deputy Inspector General Harinarayanachari Mishra told PTI. "Our investigation in the case of Bhaiyyu Maharaj's suicide is almost complete and the statements of all the people concerned have already been recorded."By the way, if his devotees want, they can also record their statements," the senior officer said.

Bhaiyyu Maharaj hailed from a family of landlords in Madhya Pradesh's Shujalpur in Shajapur district. He set up a charitable trust in 1999 which runs various welfare programmes in Madhya Pradesh, Maharashtra and other states with an emphasis in areas of agriculture and water conservation.