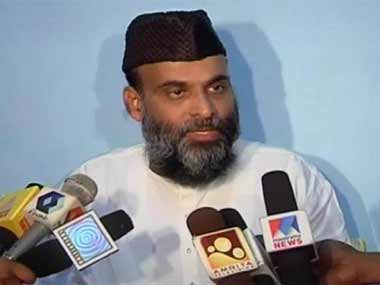 A bench headed by Chief Justice JS Khehar directed that the matter be listed after advocate Haris Beeran sought an urgent hearing of the plea.

Maudany (51) has challenged the trial court's order of 24 July declining him permission to attend his son's wedding functions between 8 and 20 August.

The trial court had, however, allowed him to visit his ailing mother from 1 to 7 August, but had declined him the permission to attend his son's wedding scheduled to be held on 9 August.

In his plea, Maudany said that he was granted bail in July 2014 with condition that he would not leave Bengaluru without permission.