Dhaka: The ailing chief of a radical Islamist group in Bangladesh was on Sunday flown to India for treatment of respiratory problems after his health condition deteriorated, a media report said on Sunday. 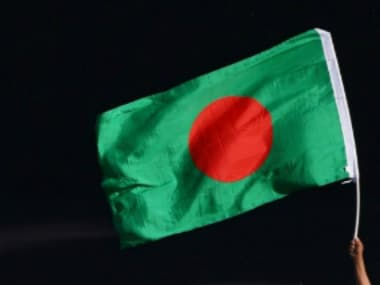 An aircraft carrying the 95-year-old Shah Ahmed Shafi left Dhaka's Shahjalal International Airport at 1 am. He would be admitted to the Apollo Hospitals in Delhi, BD News reported.

Shafi is the chief of Hifazat-e-Islam, an Islamist pressure group of madrassa teachers and students, which in 2013 had demanded for the enactment of a blasphemy law.

Shafi, who runs the Darul Ulum Moinul Islam Madrasa at Hathazari, was admitted to a hospital in Chittagong city on 18 May for 'fatigue and respiratory problems'.

He was airlifted to a hospital in Dhaka on 6 June and was taken back to Chittagong on 10 July after treatment.

Shafi's organisation came to limelight recently by demanding the removal of the Lady Justice statue from the Supreme Court premises.

The statue was relocated outside the top court's Annex Building later after Prime Minister Sheikh Hasina met a delegation led by Shafi at her official residence in April.