Lucknow: The Uttar Pradesh Shia Central Waqf Board (UPSCWB) has decided to stake claim to the disputed Babri mosque and move relevant courts seeking that it be made a party in the ongoing litigations related to the Ramjanmabhoomi-Babri Masjid dispute. 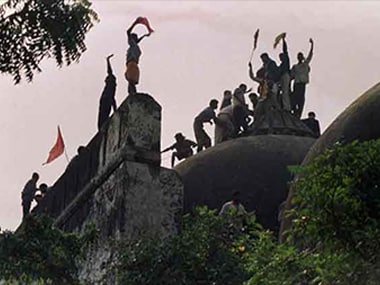 Chairman Wasim Rizvi said that the Shia board will seek review of a court order quashing its petition challenging the registration of the Babri mosque by Sunni board under its name in 1944.

In the two-day meeting of the Board which ended Thursday, the members authorised Rizvi to take a decision on the process to be adopted for intervening in the court case related to Ayodhya issue.

The board members are of the view that the Waqf Masjid Mir Baqi, popularly known as Babri Masjid in Ayodhya, was a Shia mosque built during the reign of Babur by Mir Baqi who was a Shia from Persia, Wasim Rizvi said.

"Going by this fact it was always a Shia mosque...only the Imam and Muezzins of the mosque were Sunnis who were paid their due by the Shia Mutawwali. Namaz was offered by both Shia and Sunnis," Rizvi claimed.

In 1944, the Sunni board registered the mosque under its name which was challenged in court by the Shia board in 1945, he said.

"The Shia board lost that case as it failed to put up a proper defence," he said. "No one, in all these years, ever petitioned to review that order in the high court or any other court...I found that order now and so have been given the responsibility by the board to stake claim over its ownership," he added.