Ayodhya row: Centre has cornered itself with writ petition in SC, may rue unleashing revolution of rising expectations

When the Union government filed a writ petition in the Supreme Court Tuesday seeking the return of excess land surrounding the ‘disputed site’ in Ayodhya to its ‘original owners’ — we shall get to the details of that plea in the course of this piece — the move was hailed in some quarters as a ‘masterstroke’. Needless to say, Prime Minister Narendra Modi’s masterstroke, since everything that emanates from the hallowed corridors of New Delhi, is the prime minister’s flash of intuitive intelligence.

As it turns out, this flash of political intuition may not turn out to be an undiluted blessing for a government that doubles as a pedlar of Hindutva. Before we get to that part of the argument, a few words about the claims that form the basis of the petition. First, let’s look at the claim that the Ram Janmabhoomi Nyas (RJN), a proxy for the Vishwa Hindu Parishad (VHP), is the original owner. In simple point of fact, it is not even the owner of 42 acres of the 67-odd designated as excess and in respect of which a status quo order of the Supreme Court is still extant. The Centre wants this order expunged. 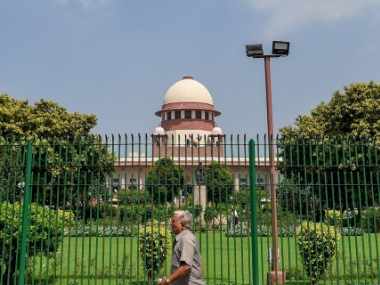 The RJN is just a lessee. And in the view of many legal experts, once a plot of land is acquired, all rights to it are expunged, including, for instance, those of lessee, lessor or holder of usufructuary rights. Thus, legally speaking, the RJN cannot be held to be the owner of even 42 of 67-odd acres. Moreover, if there is to be the search for the original owner we have to go back to the circumstances of the grant of the lease. The lease was granted by the Kalyan Singh government. So, at the very least the question of who the ‘original owner’ is, is vexed.  We also have to remember that the entire parcel of land was acquired not using the provisions of the Land Acquisition Act, but through an Act of Parliament, which raises a germane question: If the government is so anxious to relinquish its rights to the land why does it not just repeal, or amend, the Act?

Finally, in respect to the petition, we must refer to a piece of the most egregious kind of chicanery. The ‘disputed site’ consists of 2.77 acres. There can be no doubt about that because it was the basis on which, in a 2010 judgment, the Allahabad High Court divided the title of the site between three parties. All of a sudden, in its petition, the Centre decided that the disputed site was only 0.313 acres. Apparently, it decided unilaterally and in contravention of a judicial verdict, to consider only the plinth area as ‘disputed’. This stratagem has been decried not just by liberals, but also by Mahant Satyendra Das, the chief priest of the makeshift Ram Lalla temple.

All of this is apropos to the political point that this article seeks to make. To begin with, almost instantaneously on Thursday, the Nirmohi Akhara, one of the parties to the case about the disputed site, protested the petition. The Allahabad High Court, to recapitulate, had partitioned the disputed site between three parties, one of which was the akhara. The akhara has now assailed the petition. In its view, the RJN/VHP was never a party to the case, in any event. The possession of the non-disputed land, it further says, is necessary to take care of Ram and all the pilgrims who go to Ayodhya to rendezvous with him.

The entire plot of land should, the Nirmohi Akhara now says, therefore, be handed over to it so that it can take care of Ram Lalla, another of the three beneficiaries of the Allahabad High Court’s tripartite division. The writ petition filed on Tuesday seems to have divided the community of Ram and opened a can of worms. Ram Lallas’ share was to be administered by a ‘friend’, since the beneficiary wasn’t exactly around. The friend now is a Rashtriya Swayamsevak Sangh (RSS) man called Triloki Nath Pandey and he hasn’t said anything yet.

The Sunni Waqf Board (SWB), the third party who gained a share of the disputed site, has not reacted to the Modi’s masterstroke yet. But a counterfactual could well be considered. Once the Supreme Court decides on the title suit, some party or parties will get the whole or part of the disputed site. The VHP/RJN won’t because it it’s not in the picture anywhere. So, if all the surrounding land is given to the RJN/VHP, what kind of access will the owners of the disputed site have to their ‘property’? The problem will be even more vexatious if the SWB gets a share of the land.

On Wednesday, the day after the petition was filed, one of the shankaracharyas declared that sadhus attending the Ardh Kumbh Mela in Allahabad would begin marching to Ayodhya after 10 February to lay the foundations of a Ram temple at the disputed site on 21 February. He criticised the VHP and said its actions were against the tenets of Hinduism. Swaroopanand Saraswati is apparently vehemently opposed to both the VHP and Modi. He made this announcement on the concluding day of the Dharam Sansad (religious parliament) in the presence of around 400 sadhus.

He also criticised the VHP and the Bharatiya Janata Party (BJP) for inciting people to violence, which is against Hinduism, and said the former was unnecessarily ‘misusing’ the Ram temple issue to help the latter win elections. If the proposed ‘long march’ is not good news for those who believe that the status quo should be maintained till the Supreme Court reaches a determination, it’s hardly good news for the wise heads of the BJP either.

Quite apart from the fact that the Centre has, as is evident, widened fissures and created new ones with its petition which it may find difficult to contain, it has also unleashed a ‘revolution of rising expectations’ which it may find difficult to contain. It has been reported that enraged sadhus chanted slogans against Modi, the VHP and the RSS after a Dharam Sansad prescribed prayers to the almighty and thanksgiving to Modi for the manner in which he is expediting the construction of a Ram temple in Ayodhya. At a meeting being addressed by RSS sarsanchalak Mohan Bhagwat, sadhus interrupted him with shouts of ‘tarikh batao (tell us the date)’ and chanted slogans against him. This Dharam Sansad was the fourth in a series organised by the VHP to build momentum for the construction of a Ram temple and was held in an uncongenial atmosphere for the VHP/BJP, given that many sadhus had announced a post-Kumbh agitation against what they perceived as the Sangh Parivar’s empty promises regarding the temple.

In other words, the government’s writ petition has created more problems for itself than it has solved. The timing has been atrocious, the writ petition having been filed during the Kumbh, which is being held just over 150 kilometres from Ayodhya and where a huge number of sadhus and devotees are assembled. The government must now manage these expectations and deal with the competing animosities over the Ram temple. Obviously, it is not within the government’s powers to announce any date. It must wait for two verdicts: primarily the constitution bench’s verdict on the title suit and now, because of its exceeding cleverness, the one to be delivered by the bench hearing Tuesday’s writ petition.

It would seem to a neutral that it would have been much more sagacious to let matters lie until the main verdict came through. The BJP government’s hand was forced because it seems to have realised that the rhetoric on development has worn so thin that even the blindfolded can see through it, never mind the fresh slew of promises in this budget piled on to a mountain of unfulfilled ones, and the only recourse it has is majoritarian mobilisation and communal polarisation. Masterstroke, huh?