Amritsar train tragedy: Bikram Singh Majithia joins candle march with kin of victims, says Congress has not kept its promise to give them jobs

Amritsar (Punjab): Rallying with the family and friends of those who died in the 19 October train accident last year, SAD leader and former Punjab minister Bikram Singh Majithia in Amritsar on Monday alleged that Congress government has failed to fulfil its promise to give jobs and compensation to the kin of victims. 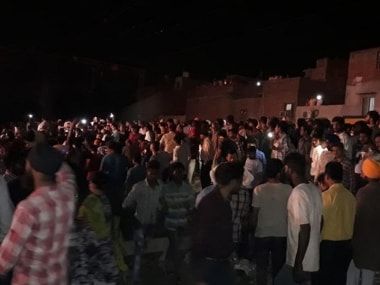 "Be it poor or rich all are same. I am with them in their candle march as they have not been given justice. The Congress government failed to give them jobs that it promised. It also failed on its promise to adopt the children who lost their parents in the tragic accident," said Majithia while taking part in candle march by the family members of the victims.

"Government should immediately intervene and those responsible should not be spared," he said.

"I have got nothing neither job nor money. Many have got jobs and money both, I should also get. I will stage a protest on railway tracks for this," said Golu, who family members were killed in the train mishap.

"My father and uncle died in the accident, the government has given nothing to me. Tomorrow, I will sit along with all the others on the railway tracks," said Deepak Kumar another person who was affected by the accident.

At least 60 people were killed at the Dhobi Ghat ground in Choura Bazar near Jhoda Phatak area in Amritsar on 19 October last year after a speeding train ran over a crowd of Dussehra revellers, which had spilt onto the railway tracks while watching the burning of a Ravana effigy.