Srinagar: The Lashkar-e-Taiba's "over ground workers" who provided logistical help to militants before the attack on Amarnath pilgrims have been identified, police said on Monday. 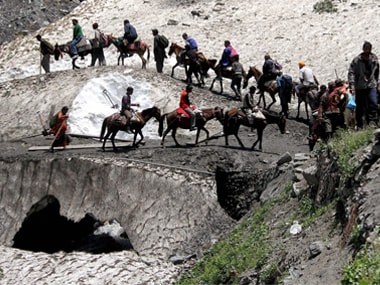 Considerable progress has been made in the probe into 10 July terror attack that left eight pilgrims dead in Anantnag of south Kashmir, a senior police official said.

The over ground workers (OGWs) of the LeT who provided logistical support before the attack have been identified by the police, he told reporters.

Khan said the police were also "investigating thoroughly whether the two local LeT militants, by the name of Jibran and Saad, who were killed at Bragpora (on 17 July), were in any way involved in the attack or not".