Lucknow: A court here has issued a non-bailable warrant against Independent MLA from Nautanwa Amanmani Tripathi in connection with a kidnapping case. 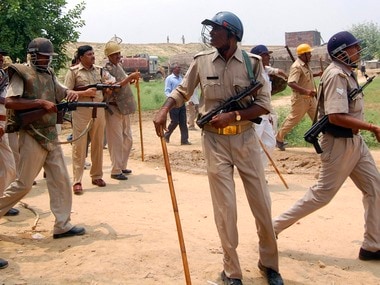 Additional Sessions Judge AK Ravi issued the non-bailable warrant against Tripathi on Tuesday. The case is registered with the Gautampalli Police Station in Lucknow.

An FIR was lodged by contractor Rishi Kumar Pandey on 6 August, 2014 alleging that Amanmani and his friends had kidnapped him for ransom. After investigation, the police had forwarded the charge sheet against Amanmani and Sandeep Tripathi.

According to government lawyer Abhai Tripathi, the case was fixed for framing of charges on Tuesday. While Sandeep was present in court, Amanmani was not.

The next hearing in the case is slated for 25 July. Amanmani is the son of jailed politician Amar Mani Tripathi, who is in jail in connection with the poetess Madhumita Shukla murder case. Amanmani is also accused of killing his wife.