After uproar, Excise Commissioner says no ban on recorded music in Delhi restobars

New Delhi: The Delhi Excise Department has "not banned" playing of recorded music in restobars in the city, Excise Commissioner Amjad Tak said on Monday, following flak for a circular to restobars to have only "live singing/playing of instruments by professionals". 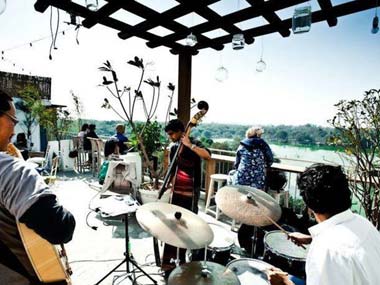 The 16 May circular states: "It is reiterated that the L-17 licensee is permitted only to have live singing/playing of instruments by professionals within his licensed premises. Violation of these rules shall lead to strict action as per law."

Tak maintained that though the circular said only "live singing/playing of instruments by professionals", but nowhere did it mention that the recorded music was banned.

"We are getting complaints about loud music, but it is not our work. We will forward it to the Delhi Pollution Control Committee," Tak said.

President of Federation of Hotel and Restaurant Associations of India (FHRAI), Garish Oberoi, told IANS that the circular "does not make sense" and that the "Excise Department cannot choose what type of music can be played".

"Our delegation will meet department officials on Tuesday to seek clarification on what the circular means," he said.