Abdul Hamid Tunch and Mumtaz Awan, Shujaat Bukhari's guards who also lost their lives, will live on as inspiration

Two days before Eid on 14 June, the shocking assassination of Rising Kashmir editor Shujaat Bukhari in the heart of Srinagar, the summer capital of Jammu and Kashmir, shocked the entire country, particularly the journalistic community. However, along with the renowned editor, two other individuals also lost their lives in the same attack. They were two personnel of the Jammu and Kashmir Police — Abdul Hamid Tunch and Mumtaz Awan — who were entrusted with the responsibility of guarding Shujaat as threats to his life rose manifold. Belonging to nondescript villages near the Line of Control (LoC), both struggled against hardships to become part of one of the country's busiest police forces. After their untimely deaths, their families are still trying to find ways to come to terms with the tragedy. Daanish Bin Nabi, on behalf of Firstpost, visited the ancestral homes of both the slain cops to find out what these individuals were like and what lies ahead for the two families.

Abdul Hamid Tunch's face was disfigured as the bullets hit him directly. He was the first man to be attacked on the fateful day when Shujaat Bukhari was killed in broad daylight at Press Enclave, Lal Chowk in Srinagar.

Hamid is from Biyadi village atop the Teetwal mountain range in the Karnah valley of Jammu and Kashmir. There are around 110 residential houses in the village, mostly made of wood and mud, scattered all around the mountain range. Biyadi is the last village on this side of the LoC while just across the Neelum river which passes by the hamlet is the Chilyana village of Athmuqam district in Neelum valley of Pakistan-occupied-Kashmir, commonly referred to as PoK. To reach Hamid’s home, one has to stop the vehicle at Dringla village and trek for an hour to reach Biyadi village up in the mountains. Neither are there roads nor do any other facilities exist in the region. It won't be wrong to say that the residents of this village are left at God’s mercy. Neither is the army around nor is there any semblance of administration. The Border Security Force mans the Dringla village and is also responsible for Teetwal bridge. They close the gate to Biyadi village at 6 pm in the evening and only open it at 7 am in the morning.

While Chilyana village in PoK has blacktopped road, the road from Kupwara onwards upto the Teetwal is in complete shambles, leave alone a road to Biyadi village.

Hamid joined the Jammu and Kashmir Police in 2000. He was first posted at Dalgate and then at Noorbagh before joining Shujaat as his personal security officer in 2007.

Hamid is survived by an ailing mother Lal Jan, wife and three children including a son and two daughters. His son, Sahil Hamid is seven years old and is in Class II. One of his daughters, Sambreen Hamid, is nine years old and studies in Class III while his second daughter Adiba Hamid is only four years old. She is yet to be admitted to any school. His wife, Suriya Bano, 29, is a housewife.

The family is in mourning and in complete shock. They are yet to come to terms with the tragedy that has befallen them. Hamid’s three kids don't even know what has happened to their father.

"I spoke with him for the last time at 6 pm (on 14 June 2018, the evening he was assassinated). He told me to take medicines and said he will come in the evening. But he never came back. He lied that he will come," says Lal Jan.

At the time of the assassination, Hamid's mother, wife and kids were in a rented room in Humhama area of Srinagar. "One of our relatives took us all to the police control room. We did not know by then what actually had happened. When we saw his blood-soaked body, we fainted," says a teary Lal Jan.

His wife Suriya still can't believe that the planned iftar with her husband never happened. "I and the children spoke with him at around 6 pm. He said that he will come home for iftar and we would break our fast together. After 7 pm, I continuously called him but there was no response from his side. I understood something is wrong," says Suriya.

One of Hamid's brothers, Muhammad Ismail is equally devastated. "I had spoken with him a few days before his assassination. He said that he will celebrate this Eid in Humhama and the next Eid in Biyadi. He did not survive to celebrate Eid with us," Ismail says.

The family received the bad news around 8 pm. Upon hearing the news, people from his village trekked down to Dringla village for more than an hour before they set off their journey towards Srinagar.

"After some of our relatives left for Srinagar in an ambulance, we met them near Kupwara. We reached Dringla village at 1 am in the morning. Luckily, the station house officer was there and he had kept the gate open for us," says Ismail.

Hamid’s family, relatives and villagers trekked for more than five hours with Hamid's dead body on their shoulders to reach Biyadi village. "I can never forget those five hours of my life. It was hectic, tiresome but at the same time emotional as well," says Ismail.

Hamid's brother said all of them shouldered his dead body in turns.

"After every 10 minutes, we used to change people and rest for at least five minutes. It took us over five hours on foot carrying the dead body to reach to Biyadi," says Ismail. The family and friends had to carry the coffin in the dead of the night. They reached Biyadi at 5 am. Moreover, all of them were fasting and had eaten nothing since they heard the news of Hamid’s killing.

"It was not only with Hamid, whenever there is any ill person, we have to carry him on our shoulders till we reach to Dringla," says Ismail.

He says that about 99 percent of voters vote for Peoples Democratic Party (PDP) in the election but they also failed to provide at least a road to Biyadi village. "We also boycotted the elections but still they did nothing for our road," he says.

His family says that he never talked about Shujaat when he was home. “He considered Shujaat his elder brother," says Ismail.

Distressed and broken, Suriya says that the police investigation should be taken to its logical conclusion. “My husband never did anything wrong to anyone. Then why was he killed like this?” she asks.

Mumtaz Awan was the other personnel security guard (PSOs) who was killed along with Shujaat Bukhari on 14 June. Mumtaz, 39, was born and brought up in Khawarpora village of Karnah valley. Born in April 1979, Mumtaz did his schooling from Boys High School Khawarpora, Karnah, and went to Higher Secondary School Kandi, Karnah before joining the Jammu and Kashmir Police in 2000. Mumtaz did his training from Manigam Training Centre in Ganderbal. Before becoming the PSO for Shujaat in October 2008, he was posted in Kupwara and at  Nehru Park, Nigeen. 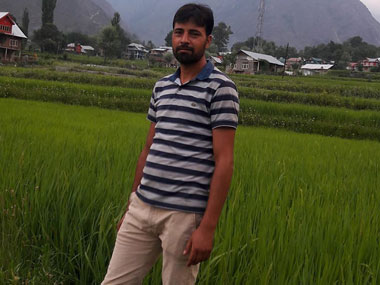 A relative of the slain PSO says that Mumtaz was with Shujaat for the last 10 years. "Mumtaz was transferred thrice in 10 years. However, Shujaat sahab intervened and stopped the transfer orders," the relative says. He says Shujaat would not allow him to leave as he trusted him with his life.

“We never met Shujaat sahab nor Mumtaz would talk about him when he was home,” he says.

When the earthquake hit the Kashmir Valley in October 2005, Mumtaz was among the first ones who joined the rescue mission in the far-flung areas of Karnah valley. Most of the devastation had taken place in the Karnah valley.

“Mumtaz went to Bahadurkote village along with his friends on the second day of tragedy. They worked in the village tirelessly and rescued a man after three days. They took him out alive. He was hit by a landslide and was under it for three days,” says another relative of Mumtaz. 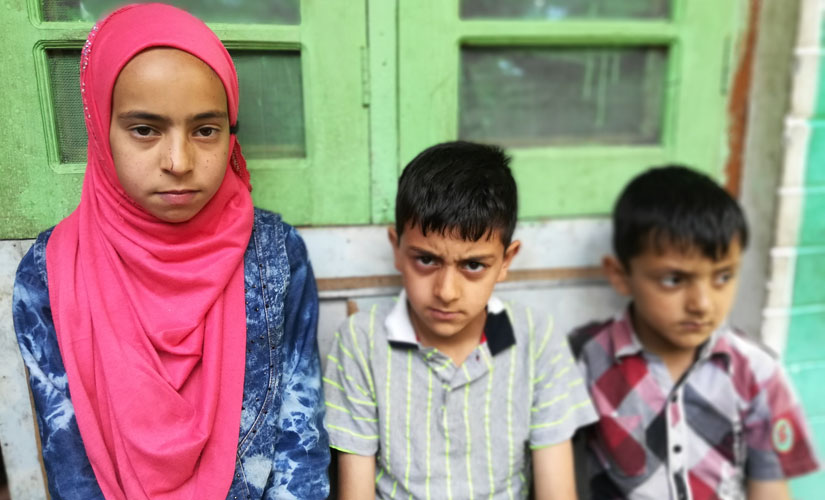 “He did not come back to his home for at least four to five days. There were no NGOs or other services available to the people for first few days. It was only Mumtaz and his friends who were rescuing people in Bahadurkote. They served water and helped people in picking up the pieces of their households, even as they themselves did not have proper rescue or rehabilitation material,” he says.

When Kashmir was hit by devastating floods in 2014, Mumtaz was at the forefront again to help and rescue people. I myself had an opportunity to work with Mumtaz during the floods. He stood bravely in the waters and rescued scores of people from various areas of Srinagar.

“Being a minnow government employee, he supported many people. He gave some money to his wife before he left home, on 9 June, and asked her to distribute the money among the needy,” says his father Rehmat Ali.

Rehmat says that whenever there was any patient visiting any of the hospitals in Srinagar, Mumtaz would be there at the hospital gate waiting to receive the family. He helped everyone from our village. “He was a brother for the entire village,” says his father.

Being part of the security detail for Shujaat, Mumtaz would often try to talk with the reporters at Rising Kashmir so that they could highlight the vast hardships his own village people faced in his area. He would also send copies of daily Rising Kashmir, Buland Kashmir and Sangramal to his village in Khawarpora.

As per Mumtaz’s family members, he left home on 9 June to relieve Manzoor Ahmed (Shujaat’s third PSO). He left for Srinagar at around 2 pm.

“When he reached around Batamaloo area on 9 June, Mumtaz called me saying to take care of my health and to have medicines regularly. We again talked on 11, 12 and 14 June. I was not knowing that I am talking to my son for the last time,” says a frail Rehmat.

Mehvish says that she talked with her father over the phone at 3 pm on the fateful day. “He told me to study hard as my examinations were approaching,” she says.

Mehvish who aspires to become a KAS officer says that “I asked him why he did not come home on Eid? He responded saying that he would meet all of us once Eid was over.”

Safoora and Mumtaz have been married for the last 15 years. Safoora is a broken soul. She can hardly talk and communicate with her younger son Muneeb, leave alone talking to others.

The only thing Safoora murmurs is this: “He called me around 4:30 pm and kept asking if Eid was on the next day or not.” This was the last communication between the two before Mumtaz was gunned down at around 7 pm outside the Rising Kashmir office.

The family heard about the assassination of Shujaat and of his two PSOs around 7: 30 pm. “We all left in a jiffy towards Srinagar. However, we met them mid-way near Tapper, Pattan area. We reached back to Khawarpora around 3 am in the morning,” says one of the cousin brothers Mumtaz.

Amid heavy rains, Mumtaz was buried around 11 am on the next morning at his ancestral graveyard in Khawarpora.

His father had only one request to the DGP of Jammu and Kashmir Police. “My younger son is also in the police. I request DGP Sahab to change his wing to CID or CIK and shift him near to our village so that he can have time and look after his ailing parents," says Rehmat.