Kota: Over 500 minors forced to work at hotels, factories and those engaged in begging have been rescued from Rajasthan's Hadouti region during Operation Milap - a special drive by anti-human trafficking cell of the police.

More than 50 of these children have been reunited with their families following the month-long drive which concluded on 15 June, officials said. 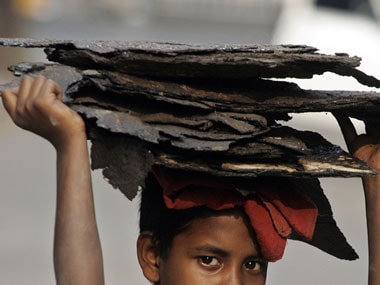 The Hadouti region consists of the districts of Bundi, Baran, Jhalawar and Kota.

At least 336 children were rescued from various places in Kota during the drive, Superintendent of Police, Kota City, Anshuman Bhomia told reporters in Kota.

Of them, 237 were rescued from hotels, dhabas, messes, factories and shops, he said.

52 children, including 24 girls, between 5-12 years of age were rescued from begging, the SP said, adding 46 of them have been reunited with their respective families.

196 children belonged to Rajasthan, while others were from Madhya Pradesh, Uttar Pradesh and Jharkhand.

A total of 39 cases have been lodged under the Juvenile Justice Act at various police stations of Kota and 58 people have been arrested during Operation Milap, Bhomia said.

In Jhalawar district alone, 89 children were rescued and 36 cases were registered.

37 children, including 15 girls, were among those who had gone missing in 2016 and were rescued this time, said Praveen Vyas, the head of the anti-human trafficking cell in Jhalawar.

In Bundi district, 75 children were rescued.

Of them, five, including a girl who was found wandering in Indergarh area of the district about six months ago, have been reunited with their respective families, said Kaniz Fatima, the circle in-charge of the anti-human trafficking cell, Bundi.

The family members of the girl rescued in Bundi were found in Madhya Pradesh and she was handed over to them, Fatima said.