Darjeeling: Five people were injured when a vehicle in President Pranab Mukherjee's convoy skidded off the road this morning and went down a cliff, 30 kms from Darjeeling, while he was on his way to Bagdogra to catch a flight to Delhi.

The accident happened near Sonada when the third vehicle in the Presidential convoy slipped off the road and fell down.

The convoy also had West Bengal Chief Minister Mamata Banerjee who was also travelling along with the President to Delhi to attend the Inter state council meeting on Saturday.

Among those injured was A P Singh, Chief Security Liaison officer of the President. 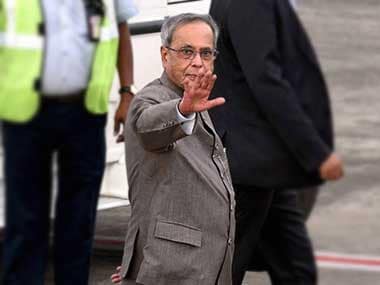 Heavy rains and thick fog had led the President to take a road trip on his return leg as Indian Air Force helicopters could not operate.

Army personnel along with those working in the Presidential Secretariat were engaged in the rescue operations.

Banerjee was personally supervising the operation while the President had been halted at a safe location ahead.

His Press Secretary Venu Rajamony said the "the President is safe".