2,335 ceasefire violations along LoC in Jammu region from May 2019 till January, 17 army men died due to avalanches, MoS Shripad Naik tells RS

New Delhi: There have been 2,335 incidents of ceasefire violation along the LoC in Jammu region between 30 May last year and 20 January this year, said Minister of State for Defence Shripad Naik on Monday. 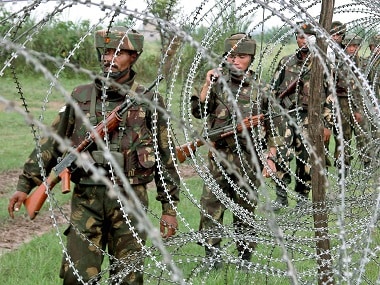 Representational image of Indian Army soldiers at the LoC. Reuters

A total of 17 Army personnel have died due to avalanches or snow slides in hilly areas, including Siachen, in 2019, he said. "There have been 2,335 incidents of ceasefire violations (CFVs) along Line of Control (LoC) in Jammu region since 30 May, 2019 (formation of current government) till 20 January, 2020," the minister noted in his written reply to a question in Rajya Sabha.

"In addition, 177 incidents of cross-border firing along India-Pakistan International Border in Jammu region since 30 May, 2019 till 15 January, 2020," the minister added.