20 questions for SC panel that cleared CJI of sexual harassment charges: Why the bias, rush to decide and secrecy?

The Supreme Court's special in-house committee that investigated the sexual harassment accusations against Chief Justice of India (CJI) Ranjan Gogoi has given its verdict — it found “no substance” in the allegations and has exonerated him completely. The Supreme Court’s secretary general issued a terse note on the subject that has exploded into a major controversy, with criticism mounting in mainstream and social media. There were public protests against the judgment in Delhi and Bengaluru on Tuesday, with many more cities expected to organise them in the coming days.

The committee’s judgment and the authorities’ subsequent behaviour has thrown up several troubling questions:

1. It reportedly took the committee just four sittings to arrive at a conclusion. Why was it in such a hurry to render a judgment?

2. Why did the committee not try to correct the imbalance in power between the accuser and accused in this unique case, by laying out a transparent process and providing adequate legal and other support to the complainant, or appoint an amicus curiae? 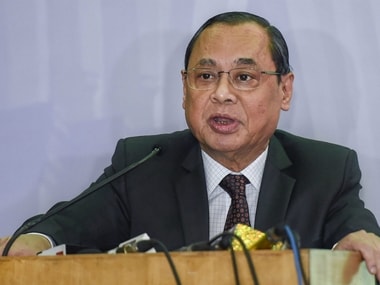 3. After the complainant rejected and withdrew from the committee’s proceedings, why didn’t the judges negotiate with her about her demands — all of which were anyway standard legal protocols — rather than immediately proceed without her?

4. Besides just the complainant and the CJI, did the committee speak to other pertinent witnesses like the Secretary General of the Supreme Court, or the police Station House Officer, who the complainant alleges took her to the CJI’s residence to make her apologise to the latter’s wife (the complainant says she has submitted a video recording of her interaction to the SHO)?

5. According to Hindustan Times, “the three-member committee looked only into sexual harassment allegations and did not go into the merits of the disciplinary action taken by the Supreme Court against the complainant. The woman was dismissed in December 2018 and she has claimed this was part of the harassment she faced.” If true, doesn’t this indicate a very partial investigation of the complainant’s grievances?

6. Hindustan Times reports that it has also learnt “that the panel has said in its findings that before 19 April, when she wrote to 22 judges of the court, the complainant did not raise the allegation of sexual harassment or victimisation despite having an opportunity to do so when she challenged the disciplinary action in December 2018”. If true, doesn’t this indicate the committee’s flawed and biased approach as it tries to shame the complainant about not complaining earlier — a classic ruse to discredit sexual harassment accusers?

7. The committee has decided to keep its report secret based on a 16-year-old precedent set in the 2003 Indira Jaising versus Supreme Court of India case. Thus, the complainant herself has been denied any knowledge of the committee’s reasoning in arriving at its conclusion. Is there any way of appealing against this cover of secrecy, especially now that we have the RTI Act?

8. In her letter to the committee on 7 May, the complainant pointed out that the “Sexual Harassment of Women at the Workplace (Prevention, Prohibition and Redressal) Act 2013 in Section 13 provides that both parties have a right to receive a copy of the report”. Will the committee at least follow this basic tenet of natural justice and provide its report to both the accuser and accused instead of just one of them?

9. The committee’s report was submitted to the CJI and the next senior judge, Justice Arun Mishra. According to some media reports, Justice Mishra can decide whether to present the report to the full court, since the committee was itself set up by a full court’s approval. How can the public appeal to Justice Mishra on this front?

10. As lawyer Gautam Bhatia has argued, if the committee’s ‘informality’ insulated it from any requirement to follow existing laws on investigating sexual harassment complaints, then surely its conclusions should also be considered just as informal and disposable?

11. Can the complainant separately sue the Supreme Court as an institution for denying her the due process laid down in current law for sexual harassment complaints at the workplace as per the Prevention of Sexual Harassment Against Women at the Workplace Act and the Vishaka Guidelines (framed by the Supreme Court itself in 1997 to deal with workplace sexual harassment complaints)?

12. Do the Prevention of Sexual Harassment Against Women at the Workplace Act and the Vishaka Guidelines apply to the Supreme Court as a workplace? If not, then what law should specifically guide sexual harassment complaints from Supreme Court employees?

13. In her press release subsequent to the committee’s judgement on 6 May, the complainant stated, “I and my family members remain vulnerable to the ongoing reprisals and attack.” What can she do to protect herself from any subsequent attacks?

14. How will this affect the ongoing case of alleged fraud against the complainant (which she claims was fabricated as part of the vendetta against her), where the police is seeking cancellation of her bail?

15. The complainant’s press release on 6 May also said, “My accusation of sexual harassment at the workplace and the consequent relentless victimisation and reprisals against me and my family are substantiated by documents and are verifiable.” Will she now release these to the public?

16. On Tuesday, the police declared a curfew under Section 144 around the Supreme Court to prevent public protests against the committee’s report. The police also detained more than 50 protesters, lawyers, activists and media persons for around four hours to prevent their legal and peaceful protests. Does Indians’ constitutional right to protest not apply when it comes to the Supreme Court?

17. The media reported that the in-house committee was instituted since “no other disciplinary proceedings or procedures have been envisaged in the Constitution against sitting high court and Supreme Court judges”. And as pointed out by legal journalist Murali Krishnan, the Supreme Court has a long history of protecting judges against cases and even intimidating their accusers. Doesn’t this need to urgently change? Isn’t it time we established a clearer investigative and disciplinary mechanism against sitting judges?

18. On 19 April, the complainant couriered an account of her allegations against the CJI to all 22 SC judges in a notarised 28-page affidavit with 108 pages of annexures. A full court on the administrative side approved the in-house committee of three judges to inquire into the allegations against the CJI. And according to media reports, Justice DY Chandrachud recently wrote a letter to the three-judge committee, expressing not just his own but more than 17 Supreme Court judges’ reservations about the committee’s working, asking it not to proceed anymore with the ex parte probe. Other media reports claimed that Justice Chandrachud was speaking for himself, with the Times of India reporting that many brother judges were upset with him for writing such a letter. Given all this, will our Supreme Court judges finally push for an external inquiry, since only that will now restore Indians’ faith in their Supreme Court’s impartiality towards and moral authority over them? 19. Most experts seem to think that the complainants’ one clear legal recourse left is to invoke the CJI’s impeachment, which will require a motion in Parliament sponsored by 100 Lok Sabha members or 50 Rajya Sabha members. Given that Finance Minister Arun Jaitley, and probably the BJP, has thrown his weight behind the CJI, what will the political Opposition do on this issue during election season when everyone is watching their moves?

20. If the Supreme Court doesn’t do anything more about the complainant’s allegations, how can it expect to have any moral authority in giving judgments on sexual harassment or freedom of speech?

The author is the co-founder of The Ladies Finger (TLF), India’s leading online feminist magazine